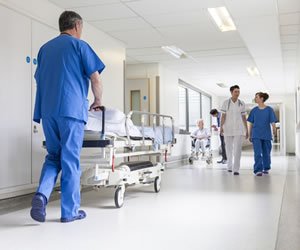 I remember being a third year medical student and reading Bob Wachter’s piece in the New England Journal of Medicine that made the term “hospitalist” mainstream. I was intrigued. I matched at the University of Chicago, which was one of the few programs in the country at the time that had a hospitalist program.
When I rotated on the academic hospitalist service as an intern, I distinctly remember being taught about the possibility of influenza in a febrile older diabetic patient who had been started on broad-spectrum intravenous antibiotics. I immediately ran to fetch a viral swab and sent it to the lab. Bingo…Later that afternoon, the patient had been diagnosed with influenza A. What’s even more exciting is that we could stop the broad-spectrum intravenous antibiotics, which were both unnecessary and potentially harmful. Moreover, I could remove the “culture if spikes” recommendation on his sign-out, since the daily cultures were likely contributing to his anemia. Lastly, I was able to plan to discharge the patient after getting hydration overnight and he was able to eat his breakfast in the morning.
I did not know it at the time, but it is fitting that one of my first exposures to high value care was from a hospitalist. Fast forward 15 years, and we are now in the midst of a “revolution” as Daniel Wolfson (shameless plug to follow him on Twitter) from the ABIM Foundation, the organization that convened the landmark Choosing Wisely campaign, says. While Choosing Wisely is targeted at guiding practicing clinicians on how to promote high value care through highlighting what not to do, there is still a substantive question on the table – how do we train the next generation of physicians-in-training to deliver high value care? The answer has to be more than just ‘training’ about healthcare costs. As Neel Shah, the founder and Executive Director of Costs of Care says, “No one goes to medical school to treat the G.D.P.” Obviously, we all went to medical school to treat patients. And as quotable Dr. Osler has stated, “The value of experience is not in seeing much, but in seeing wisely.”
Hospitalists, by definition, must “see wisely.” They are not only at the frontlines of clinical care, they also are charged with working with hospital leaders to face the fiscal realities of healthcare today. As firsthand witnesses to the waste in our healthcare system, hospitalists see useless workups of incidentalomas gone awry or unnecessary procedures that result in unintended consequences for the patients. Furthermore, as academic hospitalist Chris Moriates has eloquently stated, we have an obligation to our patients who are suffering from the high price tag of healthcare in the United States to also “do no financial harm.”
It’s time for us to take charge and show everyone how a career in hospital medicine is a ‘high value’ one.