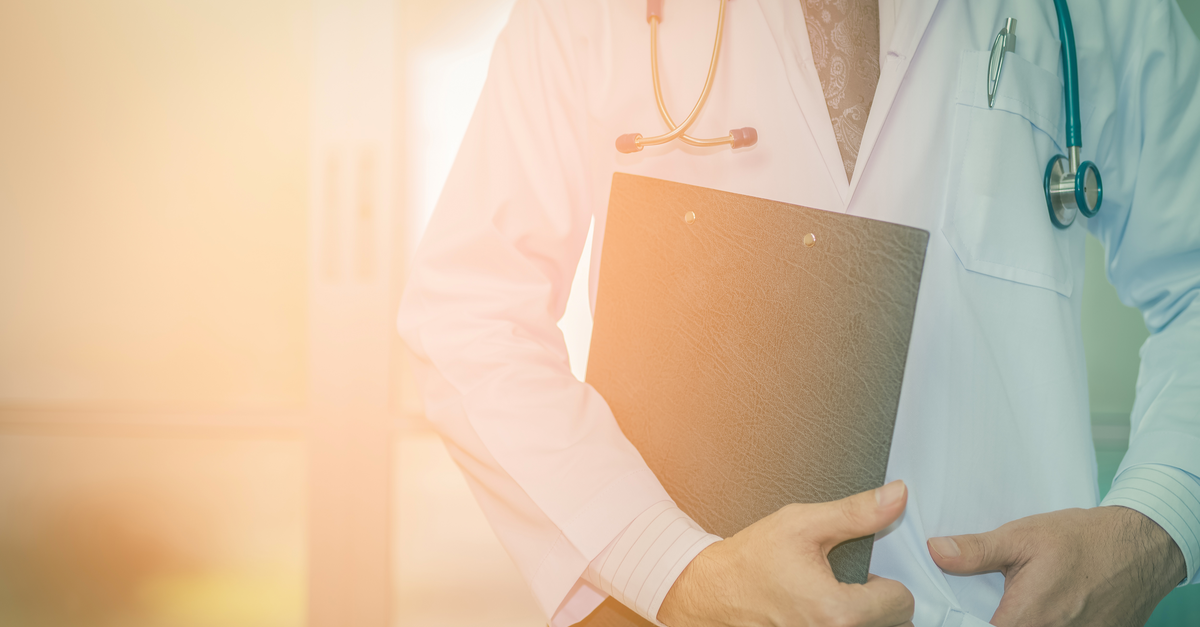 “0600. I’m biking from my home to see a patient with a bleeding gastric ulcer. You’re welcome to join. Breakfast at my house at 0730. We’ll see patients after.”

So began my day with Dr. Benjamin P. Fischer, an internist who runs the direct primary care “Fischer Clinic” in Raleigh, North Carolina. Ben’s partner—family physician Dr. Zane I. Lapinskes—joins us, along with Liz, Ben’s wife, who manages the clinic.

I’m there because my father and grandfather are both primary care docs. I went into medical school thinking I was destined to be the same, but I wrote off primary care almost immediately. I didn’t dismiss it in spite of my family—quite the opposite. In my dad I saw an old way of doing medicine that was utterly attractive. No, I rejected primary care because in med school they teach us that “the old way” is impossible (maybe even unethical). I learned that the new way of medicine requires and rewards not necessarily being with patients, but processing patients much like we process cadavers, efficiently transecting them from whole persons into disparate pieces of disease data.

My experience in 2016 was the same as that reported forty years ago by the great John McPhee (whose dad was also a primary care physician) in Heirs of General Practice: “The old doc of the magazine cover—magician, counsellor, metaphysician—had been replaced by technicians with machines and clipboards.” I went for a surgical specialty because there, in the operating room, I could at least see and participate in the patient being put back together again. But a physician friend told me not to write off primary care so quickly, and to check out the Fischer Clinic, something “so beautiful it will make you cry.”

I share all this at the breakfast table, where Ben, Zane, and Liz laugh with recognition and humility, as if they’ve heard this before but aren’t eager to toot horns. “There’s been more than a few tears shed,” says Liz.

Ben and Zane tell me the story of their frustration with medicine and the redemption they’ve found for their patients (and themselves) in their vision for primary care. They’ve lived through the old way of my grandpa and my dad as well as the “new way” I’m a fresh example of. Their story should be familiar to any physician beaten into submission by today’s medical-industrial-complex (just as it should be familiar to any patient frustrated with the dehumanization of American healthcare). “The drum kept beating louder,” Ben says. “Meetings became less and less about caring for patients and almost exclusively about caring for business measures and quality metrics.” Big Box Medicine touts the idea of “quality,” but Ben and Zane didn’t see quality so much as a CEO’s bottom line. “It’s not a patient-centered medical home; it’s an insurance-centered medical home.”

Zane quips that the Fischer Clinic isn’t a return to the old way of my dad, but a “new, new way,” rooted in de-systematization, affordability, and locality. Both partners believe in freeing primary care from big business, corporate insurance, compliance incentives, and government occupation in order to put medicine back into the hands of local people and their doctors.

Ben speaks of “redemption,” using the word with enough frequency to warrant curiosity. Why redemption? He says, “we speak in sanctimonious terms about ‘saving lives,’ but redemption is about taking what’s broken and making it whole.” For the healers at the Fischer Clinic, “making-whole” is the goal of good doctoring. Ben partners with the local YMCA, where he also meets with groups of patients to exercise with them. The Fischer Clinic has taken a trite metaphor and made it a reality—the doctor literally walking with the patient.

The Fischer Clinic is housed in a renovated home—The “Higgs Coble Helms House,” a physical embodiment of the redemption arc that Ben and Zane articulate. A photo book in the parlor opens to a house disheveled and dilapidated, while the pages that follow trace the healing of the structure into a home for the healing of others. Tall, Gothic doors reminiscent of a church entrance mark the way to the examining rooms—spaces that feel less like “examining rooms” and more like guest rooms. Sunlight is everywhere. I found myself turning off the fluorescent light above my desk simply because it wasn’t necessary. Likewise, the pale glow of my computer screen greeted me only a few times, because I spent most of my day with Dr. Fischer, who spent most of his day with his patients.

Today’s physicians spend about two hours charting on the computer for every one hour they spend with patients. The majority of their day is away from patients and in the medical EMR (electronic medical record)—systems with user interfaces that might best be described as “noise,” risking “death by a thousand clicks.”

At the Fischer Clinic, the EMR is freeform—utilizing a narrative charting program called Atlas. And the time ratio is inverted. Seventy percent of the day is spent with the patient. The extra hours freed from the requirements of institutional EMR are apparently well spent. Liz tells me that in the evening her husband used to chart, but now he makes house calls.

“Direct Primary Care” (DPC) is a model that has gained popularity in recent years. These practices vary in design, but in general, they have patients pay “memberships fees” directly to their physician, where patients can then enjoy unhurried, same-day appointments and all-hours accessibility. Unlike the similar model of concierge medicine, DPC fees are typically lower and insurance is not involved. DPC boasts freedom from bureaucratic red tape for both patient and physician, with long-lasting relationships in which patients are known, heard, and healed.

However, DPC has its share of critics, and expectedly so. Recent writers argue that direct primary care is “one step forward, two steps back,” citing a lack of mechanisms to guarantee equity in healthcare access, limited data showing that the model works, lack of oversight, poor scalability, a preference for healthy patients, and the circumvention of “quality metrics and incentive structures designed to improve population health.” There is a validity to these criticisms, and they will require clear, public answers by DPC’s proponents.

Of course, getting the necessary data to “prove the DPC model is better” would be difficult, as it would require something like randomizing patients to current models of primary care and randomizing others to direct models. Moreover, these critiques strike believers in DPC not as defeaters of the model but as evidence of a lack of imagination, ringing with the sound of the industrialist ossified in the current system.

And even if these criticisms are defeaters, Fischer’s clinic appears to be a version of integrity outside the norm even for a DPC practice. The Fischer Clinic is low-scale and low-cost. It welcomes all patients—wealthy and poor, insured and uninsured, mixing pro-bono care with monthly fees comparable to that of a gym membership ($50–70). The clinic’s furnishings are tasteful, not ornate, and Fischer’s cuffs are frayed and worn, suggesting someone who is touching his patients, not draining their wallets.

Ben is a great fan of the agrarian poet and author Wendell Berry, as am I. (He hands me an envelope showing me that they’ve exchanged letters, and I have to fight to maintain professional composure.) While Berry is best known, perhaps, for his work in redeeming farming communities and food growth, his vision for deindustrialization and what he calls “local adaptation” has been extended beyond farming to healthcare by many thinkers, including Ben. In “Health Is Membership,” Berry speaks of the health of the community, and how health can only be found in relationships with others. Ben puts it well: “Healing is not done to people, but with people.”

I spend the day observing. An older male patient, a retired doc, says to me, “I’m here because I want to know who I’m dealing with.” On her way out, a younger female patient with no insurance tells me, “I hope you’ve been changed by what you’ve seen here today.”

I was changed by what I saw in the Fischer Clinic. In those sunlit rooms I saw the quiet light of hope—that medicine really can be practiced in a way that protects the patient-physician relationship while providing excellent care. I was reminded both why I chose to pursue medicine and what I’ve had to compromise in the midst of my medical school training. I still want to know who I’m dealing with too.

Dr. Fischer is planning to rename the clinic to reflect the presence of his partner, Zane, thus removing his name from their logo and signage. It’s a move of humility, reflecting, I think, the great care this clinic has for the one-and-another relationship between doctor and patient. Perhaps they should rename it the “Berry Clinic.”

I don’t know that direct primary care practices can heal the systematization of healthcare across specialties, but the Fischer Clinic’s way of practice and presence may be the sort of vision that can save today’s primary care.