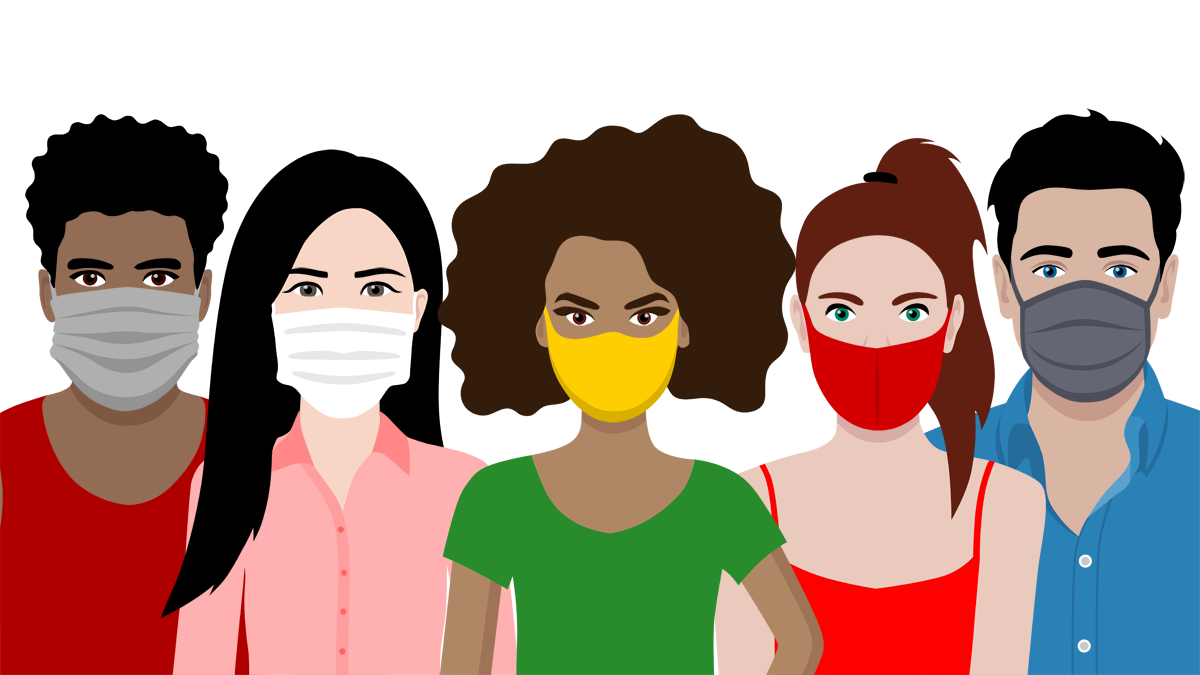 By Esther Landhuis. Originally published in the San Francisco Chronicle on August 13, 2020. Republished with permission.

As the coronavirus swept into Detroit this spring, Wayne State University junior Skye Taylor noticed something striking. On social media, many of her fellow Black classmates who live or grew up in the city were “posting about death, like, ‘Oh, I lost this family member to COVID-19,’” said Taylor.

The picture was different in Beverly Hills, a mostly white suburb 20 miles away. “People I went to high school with aren’t posting anything like that,” Taylor said. “They’re doing well, their family is doing OK. And even the ones whose family members have caught it, they’re still alive.”

How do COVID-19 infection rates and outcomes differ between these ZIP codes? she wondered. How do their hospitals and other resources compare? This summer, as part of an eight-week research collaborative developed by San Francisco researchers and funded by the National Institutes of Health, Taylor looked at that question and other effects of the pandemic. She’s one of 70 participants from backgrounds underrepresented in science who learned basic coding and data analysis methods to explore disparity issues.

Data to address racial discrepancies in care and outcomes has been spotty during the pandemic, and it isn’t available for most of these students’ communities, which disproportionately bear the brunt of the virus. The participants are “asking questions from a perspective that we desperately need, because their voices aren’t really there in the scientific community,” said Alison Gammie, who directs the division of training, workforce development and diversity at the National Institute of General Medical Sciences.

Scientists from Black, Hispanic, Native American and other minority backgrounds have long been underrepresented in biomedicine. By some measures, efforts to diversify the field have made progress: The number of these minorities who earned life science doctoral degrees rose more than ninefold from 1980 to 2013. But this increase in Ph.D.s has not moved the needle at the faculty level.

Instead, the number of minority assistant professors in these fields has dipped in recent years, from 347 in 2005 to 341 in 2013. And some of those who have entered public health endure racial aggression and marginalization in the workplace — or, after years in a toxic environment, quietly leave.

“We really need to focus on making sure people are supported and find academic and research jobs sufficiently desirable that they choose to stay,” said Gammie. “There have been improvements, but we still have a long way to go.”

In 2014, the NIH launched the Building Infrastructure Leading to Diversity initiative. It offers grants to 10 undergraduate campuses that partner with scores of other institutions researching how to get poor and minority students to pursue biomedical careers.

Students in the program receive stipends and typically spend summers working in research labs. But when COVID-19 hit, many labs and their experiments shut down. “People were like, what do we do? How do we do that remotely?” said biologist Leticia Márquez-Magaña, who heads the initiative’s team at San Francisco State University.

She and University of California-San Francisco epidemiologist Kala Mehta sketched out a plan for students to work remotely with bioinformatics, population health and epidemiology researchers to collect and analyze COVID-19 data for marginalized populations.

Gammie encouraged the Bay Area team to expand the summer opportunity to participants across the nation. From June 22 to Aug. 13, students spent two to three hours online four days a week in small groups led by master’s-level mentors. They learned basic bioinformatics — computational methods for analyzing biological and population health data — and R, a common statistical programming language, to collect and analyze data from public data sets. “I think of basic bioinformatics and R coding as an empowerment tool,” said Mehta. “They’re going to become change agents in their communities, fighting back with data.”

Bench science often takes years, whereas data crunching to solve problems offers a sense of immediacy, said Niquo Ceberio, who recently earned a master’s in biology at SFSU and leads the team of mentors. “There was this sort of limitlessness about it that really appealed to me,” she said.

Raymundo Aragonez, a University of Texas-El Paso biology major who participated in the summer program, sees data analysis as a way to address confusion in the Hispanic community — including some of his family members who think the pandemic “is all a hoax.” Dismayed by misleading YouTube videos and rampant misinformation shared on social media, Aragonez, who aims to be the first in his family to finish college, said he hopes to gain skills to “understand the data and how infections are actually happening, so I can explain it to my family.”

He hopes to explore whether COVID-19 infection rates differ among people living in El Paso, those living in the Mexican city of Juárez, and those who frequently cross the border between the cities — like many of his friends and classmates.

Willow Weibel, an SFSU psychology major, is studying how COVID-19 restrictions affect the mental health of former foster youth and other young adults with traumatic backgrounds. Weibel spent much of her childhood in foster care before getting adopted into a Southern California family at age 17. “I’ve grown to really care about what other people go through in the system,” she said.

Mental health is a common thread in the research questions proposed by several students in Weibel’s group, including Skye Taylor, who is majoring in psychology with a minor in public health. While curious about disparities in Detroit-area COVID-19 outcomes, she also wants to examine how mental health issues affect COVID-19 susceptibility — “especially in the Black community, because mental health isn’t really talked about,” she said.

Having the chance to explore their own research questions is unusual for undergraduates, and particularly meaningful to students of color. “It feels like science is something that’s been done to us or on us,” said Ceberio, who is Black and Latina, and grew up in Los Angeles, Miami and Las Vegas before moving to the Bay Area. “This experience allows them to do research that they feel is relevant based on the way they’re viewing the world. I’m trying to get them to trust their instincts.”

Trainees from underrepresented groups will more likely stay in biomedicine if they feel they are giving back to their communities or doing something with a tangible purpose, said Gammie. This summer, participants “had an opportunity to engage in science that does both,” she said. “Our hope is that this will inspire students to go on to be independent scientists.”