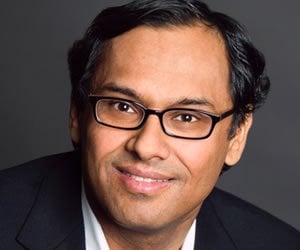 What made you decide to write your new book, Doctored? What were you hoping to accomplish?
When I was growing up, my mother wanted me to become a doctor. She told me, “I want people to stand when you walk into a room.” When I started my first job as a cardiologist, I realized I had been isolated from the changes occurring in medicine. I was a fellow in cardiology; I was learning about the human body, the heart, the physiology, and the therapeutics, but not about the culture of practice. I was shocked to see how unhappy many of my colleagues were. The unhappiness wasn’t just about paperwork, patients going on the Internet, malpractice, the usual things you hear about – it was a deeper, more existential problem. The problem was the systems of medicine didn’t allow them to be the kind of doctor they wanted to be – the same kind I wanted to be. When I entered medical school, I had this fantasy that I was going to reform the profession somehow. I didn’t know how, but I thought I would, somehow. When I got out, I started seeing physicians who were unhappy. I think their unhappiness was a response to this loss of ideals. I think a lot of physicians have had to compromise their ideals because of a diseased system. That’s why I wrote the book. I wanted to write about it and put it out there. 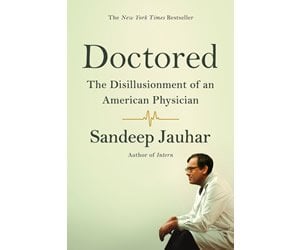 “It is our obligation to remove the biases that stand in the way of good medicine. We need to assure no consideration of economic self-interest will prevent us from giving our patients the safest, most effective, and most economically responsible health care possible.” So spoke the president of the American College of Cardiology to a group of inductees in 2005. In the audience sat many young doctors, including Dr. Sandeep Jauhar, a New York cardiologist struggling with many aspects of the American healthcare system. The convocation speech is filled with platitudes such as this one, and virtually no doctor, especially at the outset of his/her training, would disagree with these sentiments. The struggle, writes Jauhar, is to actually make convocation speeches come to life. How do we keep these sentiments from just being banal and clichéd statements and instead enact them, creating a real impact in the way we practice medicine? This question and the effects of our failure to answer form a central theme in Jauhar’s memoir Doctored.