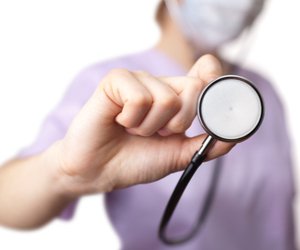 The only real recollections I have of visiting the hospital before college were once as a child undergoing a tonsillectomy and once as a preteen to visit my newborn cousin. Fast forward ten years or so and suddenly I was a freshman in college shadowing a medical professional and trying to decide if I wanted to commit the rest of my life to medicine. It was the first time I really saw medicine for what it was, and it was nothing like I had imagined.
As someone without any relatives or close acquaintances in a health profession, I grew up with a lot of misconceptions about medicine as a career. Like many of you, I will be the first in my family to attend medical school. On many fronts, I have had to discard my preconceived notions about medicine for an understanding borne of proximity and experience. Before beginning the premed journey, I was blissfully unaware of two components of the medical field: the realities of daily work and the lifestyle demands. 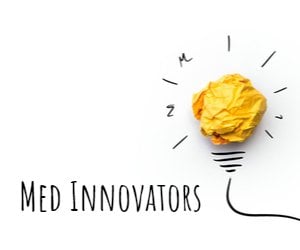 Tell us about yourself
My name is Shirlene; I’m 24 and go to Pritzker School of Medicine. I was born in Ghana and have lived in Chicago, small town Arkansas, The Woodlands, TX, and went to Washington University in St. Louis for undergrad. I enjoy writing, drawing, and long walks along the lakefront. I recently adopted a cat. His name is Kahlo.
What did you want to be when you were growing up?
I was one of those six-year-old children who said they wanted to be a doctor from the get-go. It’s a pretty boring origin story.

What drew you towards medicine?
My mom is a neonatologist, so I’ve had lifelong exposure. Like everyone else, I like that medicine is one of those careers that is both spiritually fulfilling (you get to directly change people’s lives! How cool is that! How arrogant are we that we’re okay with that level of responsibility!) and intellectually stimulating.
Tell us about ShirlyWhirlMD in a nutshell.
ShirlyWhirlMD is meant to convey typical experiences of healthcare professionals, and especially medical students, in fun comic form.

How did you come up with the idea for ShirlyWhirlMD?
I’ve been drawing for as long as I can remember! In high school I made little comics for our school newspaper; in college, I started a comic club (shoutout to KaPOW!) for the same purpose. I started drawing med school-related comics mostly as a way to de-stress and shared them with my class. My roommate suggested that I actually share them with a larger audience! So here we are.
What is your ultimate goal for your comics?
First, I want to help connect different healthcare professionals over common experiences in medicine, and also to spark dialogue about some of the things that go on in medicine that we don’t discuss amongst ourselves frequently. For example, I care a lot about advocacy, and think that as healthcare professionals we carry an unusual amount of clout in society. But we rarely discuss what we see, and what we can do about it. I also think it’s important to not take ourselves too seriously, and to let the rest of the world know not to take us too seriously either. I recently had an attending who is near retirement tell me that he was looking forward to regaining his pre-professional identity again after years of being Dr.___. I want my patients to be able to look me up and say, “this girl is goofy, but she’s honest and I like that.” I’m going to definitely start introducing more serious topics to my comics, and I really would love to see people interact with them!

How can comics like ShirlyWhirlMD help students and health professionals?

I think a lot of us suffer from a healthy dose of impostor syndrome—we worked hard to get into college, then into medical school, then residency. At every stage everyone around us becomes more and more impressive. So we tend not to talk to each other about our little insecurities, mistakes and frustrations. I think, on the student end at least, having this little comic reassure them that other people have similar experiences to theirs might make them realize that it’s ok to not have everything figured out.
What do you like to do for fun?
I also love to write. I draw (clearly), though the style I use in ShirlyWhirl, M.D. is actually very different from my usual work. I read a lot. I also like backpacking (the traveling kind) and have been all over Eastern Europe at this point.
Has your work on ShirlyWhirlMD changed the way you approach your future as a physician?
I am, at baseline, a pretty introspective person, but searching for material for my comic has forced me to be even more introspective. I have to be aware of my own biases and mental state when I’m taking care of patients. As the work gets more tiring and the amount of responsibility I have increases, I have to remember not to cut corners and to put myself in my patient’s shoes. For example, can I really be mad at the patient who is habitually non-compliant with his medications when I can barely remember to take my daily Zyrtec? Probably not.
What was the most challenging part of medical school for you?
What hasn’t been challenging? I think I’ll start with what hasn’t—for me, working with patients, learning the material itself, developing plans, all the aspects of medicine that drew me in—have kept their charm. The hardest parts have more to do with the culture of medicine, which basically expects people in training to be impervious to stress, illness, and to constant work. Third year you get evaluated clinically for the first time, and there’s a lot of internal pressure to already know everything at a time when you’re supposed to be learning. You’ve got to go to the hospital for 10-14 hours, come back and prepare for a shelf exam that you only have four to nine weeks to study for, which is graded on the most unforgiving curve because other medical students are wicked smart and very good at studying. If you don’t have a very secure support group, it can be isolating. If you already struggle with mental illness, it’s especially tough. Residency will just be more intense.

Are you interested in combining a career as a physician with creating comics or graphic novels? Here are some other interviews with physician-authors:

Has anything surprised you about your work on ShirlyWhirlMD?
Just how universal a lot of my experiences are. Not just to other medical students, but to people who are well into their careers!
Where do you see yourself in the next 10 years?
I just figured out what I’m doing for the next three. Don’t make me think further than that. I’ll be a doctor and still be drawing, I guess?

What do you think the next big thing in medicine/healthcare will be?
I think the healthcare system in America is in need of major revamping. It’s currently incredibly inequitable, unsustainable, and unethical. On the patient’s side, the costs are out of control–an uninsured patient can get charged $50k for an appendectomy, and what is he supposed to do about that? Shop around for the best price until his appendix ruptures and he ends up with acute abdomen? On the physician’s side, there’s no incentive to spend real time with your patients, no incentive to take on
patients that need you the most, like those on Medicaid and Medicare, and very little incentive to go into primary care. I’m really hoping we start moving toward a single-payer form of healthcare.
What’s your favorite premed or med school memory?
I have so many of these! As far as in-hospital shenanigans, probably dancing to “Lose Yourself” in the OR with my 70+ year old attending. For out-of-hospital shenanigans, maybe a road trip to Toronto with my classmates.
What impact do you hope ShirlyWhirlMD has on medicine over the next decade?
I hope it spawns more creatives in medicine to start sharing their work, and to become a stomping ground for physician-generated discussion!
We’re on the lookout for other Med Innovators! Do you know a student or resident doing something cool to advance healthcare? Let us know! Email us at [email protected]studentdoctor.net. 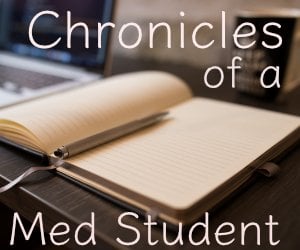 I strolled into second year, fresh off the plane from my South American adventures and ready to hit the ground running, expecting another experience like first year. It would be smooth sailing as long as I stuck to my schedule and my friends. I was good to go. Little did I know, the “second year slump” was about to hit me like a ton of bricks. I had never before experienced such a feeling in my life—I was accustomed to challenges, pushing through whatever stood in my way, always making it through to the other side. But to be honest, few things in my prior academic experiences have challenged me as much as medical school. Before medical school, most of the challenges I faced seemed far less daunting to me than what came in the second year of medical school, even the first year of medical school. So imagine my surprise when I found myself having my first meltdown of medical school just a few weeks into my second year: Wasn’t I supposed to be good at this by now? 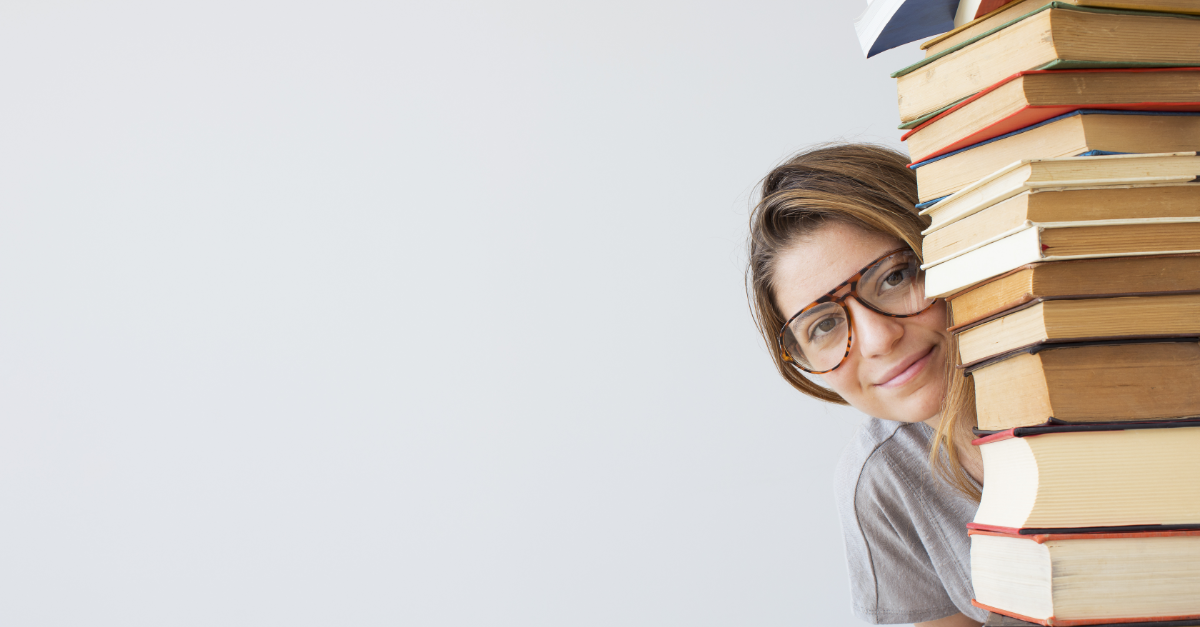 Republished with permission from here. Earlier in the summer, I was speaking with a friend … Read more 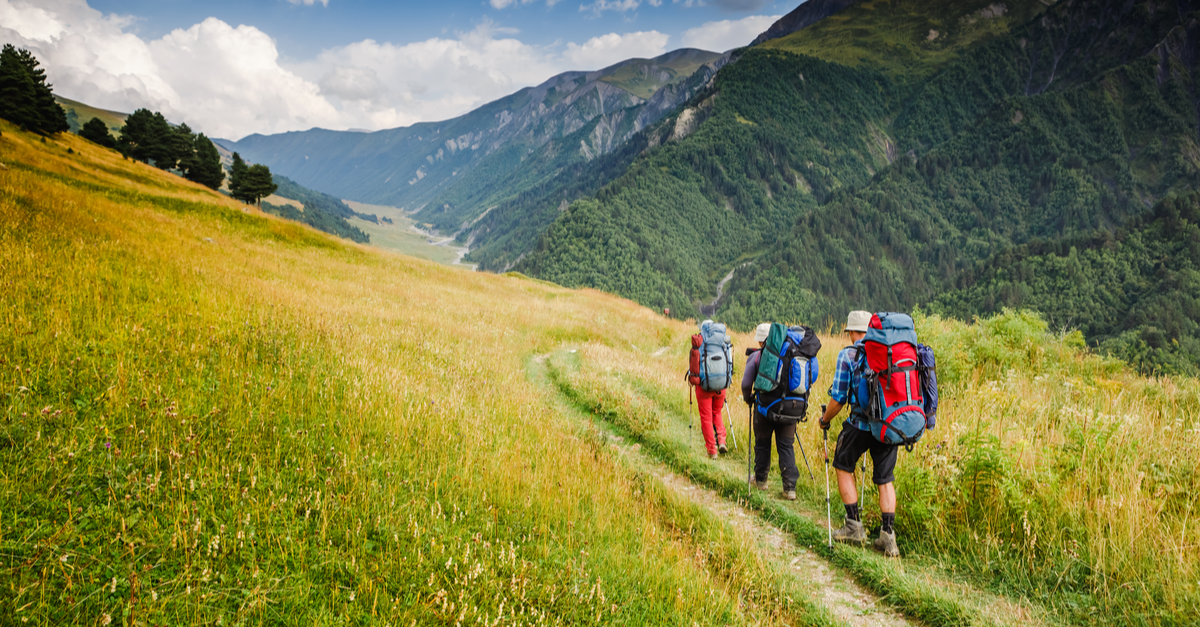 While your dream of getting accepted to medical school probably involves countless nights studying, hundreds of volunteer hours, and a very long application process, taking time for yourself may not always be at the top of your priority list. What many aspiring doctors tend to forget is that taking some time to relax can actually boost your productivity once you get back to work.

This past weekend, I had the opportunity to meet some of our incoming first years at a meet and greet event. They came in with wide eyes and big smiles, just waiting to sink their teeth into medical school. Their curiosity always got the best of them, and my classmates and myself were bombarded with questions like “What’s it like?” and “Do you have a life?”. I remember feeling that way one short year ago (and yes, even though our school year is a stretch of eleven months, it does feel short). One of the questions that they should have asked but didn’t is what they should do this summer.