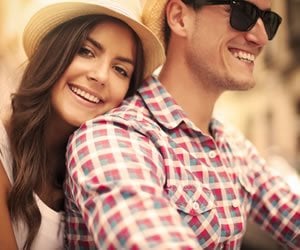 We were in the same class in medical school. It was your typical story. Boy meets girl, girl doesn’t like boy’s buzz cut, they waste a year, eventually end up as anatomy TAs working on the same dissection together, and fall in love. Standard. I knew that I was going to be a surgeon, he was thinking about ER. We moved in together. We talked about getting married. Then he went out for third year rotations and I started the Anatomy Fellowship at our school. He did Surgery mid-way through the year. To my concern, though not to my surprise, he loved it. He loved it the way I loved it. We talked seriously about what this would mean for us, both for our relationship and for our careers. We had always assumed that when the Match rolled around that we would participate in the Couples Match. Couples matching into Surgery seemed like a long shot, but we both knew we couldn’t be satisfied in another field, that we were surgeons at heart. So we decided we had to try.
We applied broadly. We spent 6 months apart during fourth year to get face time at other programs. We called in every favor we could think of. Alone, we were competitive applicants. Together, we were a ticking time bomb in the minds of nearly every program director we met. We spent an inordinate amount of time on interviews talking about our personal lives and our relationship. More than one person asked why we weren’t already married. Slowly though, people came to realize how serious we were about this, and how hard we were willing to work to make it work. We started getting emails and callbacks, people asking us to strongly consider their program. Things were starting to look promising, and we dared to hope.
Our first choice program took a chance on us. We are now second year residents. We have had multiple people tell us that though they were against having a couple in the program together, they have been very pleased to be proven wrong thus far. We have also sat through two years of residency application dinners and interviews, and with each applicant we see participating in the Couples Match, I ask myself more often how we actually made it here and how our story can help other applicants in similar situations.
I am certain that the main reason we are where we are today is because we each stood alone as an I. I truly believe that had either of us dragged the other down in terms of scores, class rank, operative ability, letters of recommendation, or work ethic, we wouldn’t be residents. It sounds harsh, but two applicants who are tying their applications together need to be fairly competitive in their applications to even merit a second look. And sadly, if one person is a much more competitive applicant than the other, then expectations have to be adjusted. This may mean applying in regions or at programs that one would not otherwise consider. It may also mean ranking programs such that you are not in the same city, or even state, as your significant other. There is no dancing around it; in the Match, you have to decide: is your career more important? Or is your relationship?
I can only tell you the steps that we took to attempt to avoid failing. As I said before, we applied broadly. And I mean broadly. Most people I know applied to less than 20 programs and didn’t take half the interviews they were offered. We applied to over 50 programs and went on over 20 interviews. We had frank discussions about whether we would be willing to go to separate cities. We decided that our careers were important enough to each of us that we would try to make this work. We concluded that it would be worse for our relationship if we didn’t match, than if we matched in different places. It turned out that our number one choice was the same, so that part was easy. When we made our rank list, we started with programs that we liked, that were either willing to take us both or had another program nearby that we liked as well. By the bottom of our list, we were looking at the cost and timing of flights between cities spread all over the country. I understand that to many this would not be an option, but to us it made perfect sense. While it was clearly not the ideal choice, it was better than the alternative.
The best advice that I can give to those in my situation now, is this: be true to yourself. If you are true to yourself and your goals (and your partner is as well) you will find a way that works for you. Honesty is the only way to do this. I will not lie, making that rank list was one of the hardest things I have ever been tasked with, but we did it right, because we were honest with one another and true to our own person. At the end of the day, if you can say that, then the outcome of the Couples Match itself will be irrelevant.
Good luck.