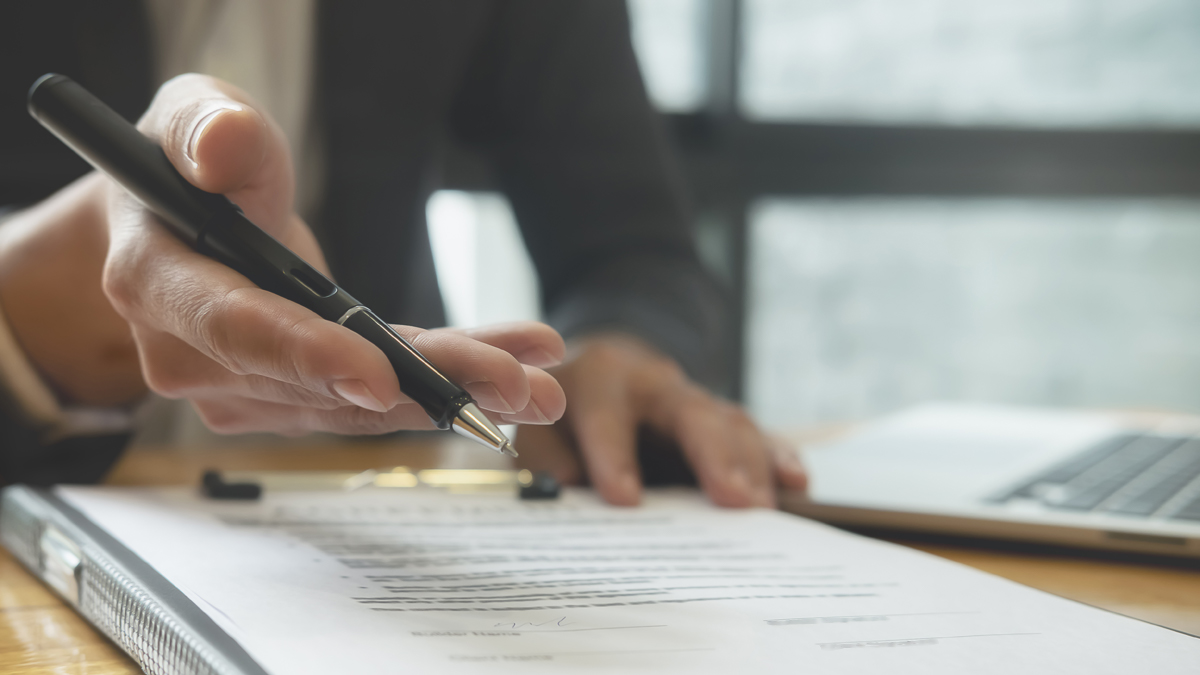 You have worked hard through college, medical school, and your residency. Now you can see the light at the end of the tunnel – moving into practice as a physician, no longer as a supervised resident. As you near the end of your medical residency, you may not be thinking about hiring an attorney to read or even negotiate your first contract. However, if you have been following some of my writings, you should have a $600 fund for this very moment to have an attorney read your first employment contract. I will share some examples of cases where physicians did not ask the right questions about their first contracts and found themselves living out nightmare scenarios.

What is a Contract?

Contracts in a nutshell are agreements, and written contacts are the memorialization of that agreement. If there is ever a dispute, your written contract is going to be held up as what was or was not a part of the agreement. In a dispute, the court will look to the written contract as everything that you agreed to. Very rarely will a court ever step outside of the written agreement. However, it’s important that you know a legal term: incorporation by reference. Often, rather than all documents being included in a contract (especially employment contracts), the contract will reference other documents that are considered to be a part of the contract.

When it comes to physician employment contracts you will often see many incorporated documents. These incorporated documents may include details on how your pay is calculated, how many hours you will be required to work, call schedules, and the policies and procedures that you must follow as an employee of the group or hospital. Every doctor that I have spoken to, when it comes to these additional contractual documents, either has failed to read them or doesn’t understand that they are a part of the contract that they signed.

Thus, this is why you should always have your attorney read the contract for you. She should ask you questions about what YOU think the contract says. This way your attorney can quickly inform you if there is a disconnect between what you think you are getting and what you are actually getting.

An example of this often deals with compensation. An Emergency Department doctor friend of mine (let’s call him Eddie) accepted a hospital position. He was told by the hospital’s recruiter and contract negotiator that “You can make up to $400,000 in your position.” His employment contract stated that his salary would “be up to” $400,000 as an emergency department physician.

Eddie was so excited he had finally made it after all of his education. He was finally going to be able to afford his dream home, a boat, and a dream car.

…turns out to be a nightmare

Eddie quickly found out, however, that the hospital was not interested in paying him up to $400,000. Rather they were paying him based upon his Relative Value Units (RVUs) using an extremely complex equation. The number of RVUs was capped, based upon a physician working beyond 80 hours a week from five years ago, before reimbursements for the Emergency Department had been cut. Note that using older numbers is a common tactic used by hospitals to show a physician a high salary number but actually compensate them at a lower rate.

Eddie quickly learned that in order to make that $400,000 he would need to work over 200 hours a week, more hours than actually exist. On top of this, the hospital switched to a medical records system that was averaging 300 mouse clicks to discharge a patient from the emergency department either to another floor or out the door, making his work life a misery.

Had Eddie consulted an attorney, the attorney would have likely quickly determined that what the recruiters and contract negotiators were telling Eddie and what the hospital was planning to give Eddie were not the same.

Getting out of the employment contract

Eddie ended up leaving the hospital after a year. He was working well over 100 hours a week and making a salary of about $180,000, well short of the amount of money that the hospital had implied he would make. The hospital then added insult to injury and sued Eddie for breach of contract, claiming that he had agreed to a two-year agreement.

Note that failure to receive documents is becoming a common issue for physicians and their counsel. Many hospitals or groups are either outright refusing to hand over accounting documents used to calculate the physician’s pay or are ignoring the requests in an effort to see if you will forget or give up. Therefore, you should make sure that you have some form of auditing ability in your employment contract. Otherwise, you are going to have to allege a breach of contract against the hospital or group and initiate litigation to force the hospital to turn over those accounting documents in discovery.

Back to Eddie: In the end, Eddie did get most of the salary (minus attorney fees that equated to approximately a third of the recovered amount) through a settlement agreement with the hospital. Of course, the hospital admitted no wrongdoing.

Want to learn more tips on how to successfully navigate your contract negotiations?

How Can You Avoid Being a Horror Story?

Eddie’s case is an extreme case with a bittersweet albeit happier ending. However, had he hired an attorney to review his employment contract first, some major issues would have been discovered. Such as:

Often when you are a new clinician, the hospital or group will give you a guaranteed salary based on what they think that you would be making if you make all of their benchmarks and your clinic was full. Make sure that this a guaranteed salary and not a loan. If you are going to work on the West Coast, offering money as a loan rather than as a salary is a common practice, especially with non-network owned groups.

Make Sure it is in Writing!

Too often, I have seen my clients, especially those with advanced degrees, make assumptions that the oral statements made around the contract are a part of the contract, or that documents shown to them during the negotiation process were a part of the contract. There will often be something called a “Merger Clause” at the end of a contract which will exclude all of those statements and any documents that are not referenced in the final contract. These Merger Clauses are not just in physician employment contracts but are almost standard boilerplate in every contract that you see or will ever sign.

After years of moving to different places for your undergraduate and medical degrees and residency, you might think that signing your employment agreement means that it is time to settle down. This Counsel’s recommendation? DO NOT GET COMFORTABLE or so entangled that you cannot move in two years.

Hospitals are in the business of making money. Many hospitals, rather than paying a physician a salary commensurate with the work it takes to become a physician, instead offer large incentives and make large claims about your salary that look good but very rarely are sustained past the two year renewal. I have seen hospitals and groups slash a physician’s pay under the guise that their productivity is not meeting the hospital’s artificial benchmark. Be prepared at the time of your renewal to tell the hospital that you are taking another job for more money with a guaranteed salary for two years, tell them the salary, and be prepared to move. The hospitals and groups believe they have you locked and that you do not want to go through the hassle of moving to a new city or even state.

Hospitals and groups haven’t figured out yet that retaining good physicians is cheaper than hiring a new practitioner and having to build that physician a new patient base, along with all of the additional incentives and costs that are associated with getting a physician to move to the area. Right now, this is unfortunately the game hospitals and groups are playing, and there is no reason you shouldn’t be prepared to call them on it, or even play by their rules and take advantage of various incentives to move to a new city or state.