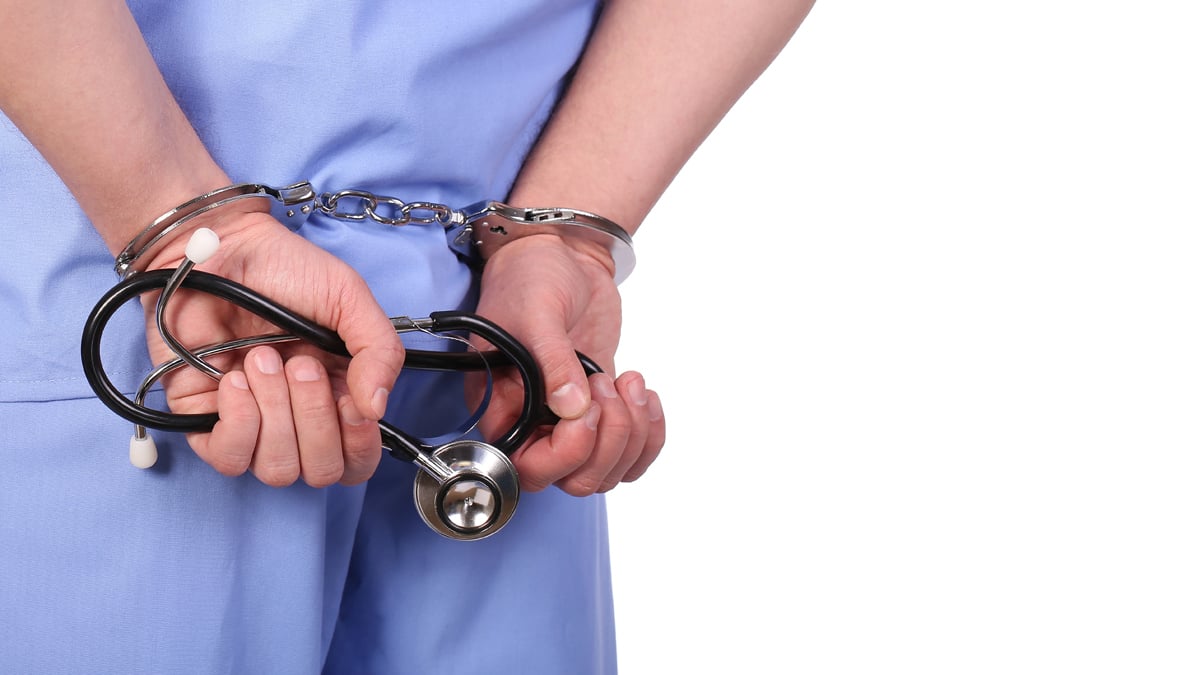 The case, United States of America, et al. ex rel. Gelman vs. Glenn J. Donovan, DPM, et al., Case No. 12-CV-5142 (RJD) (E.D.N.Y.), was originally filed in 2012 under the False Claims Act, which offers whistleblowers (frequently called “Relators”) protections and rewards to encourage them to file lawsuits against individuals and entities that are stealing from the government through Medicare fraud and other types of fraud.

The Relator who brought the lawsuit was enrolled in the Podiatric Medicine and Surgery Residency (“PMSR”) program at Coney Island Hospital (“the Hospital”) and had served as the program’s Chief Resident. The complaint alleged that the Hospital and its former PMSR Director caused the submission of claims to Medicare and Medicaid for hospital podiatry services, and for the Director’s own professional podiatry services, in violation of legal requirements mandating appropriate supervision of various unlicensed medical residents in the PMSR program who actually were responsible for the services being billed. The Hospital was alleged to have billed as well for services involving two podiatry residents during periods when those residents lacked permits under New York State law authorizing their participation in the PMSR program. The complaint further alleged that the Hospital improperly sought payment of GME costs pertaining to the two unpermitted residents and while violating supervision and other requirements established by the Council on Podiatric Medical Education.

The case settled with an agreement by the New York City Health and Hospital Corporation and the former PMSR Director to pay the government $1.25 million under the Federal and New York False Claims Acts. The former Chief Resident of the PMSR program, who filed the case as the Relator, was awarded 27.5% of the recovery.

The case is a powerful reminder that residents in approved GME programs may only participate in such programs with proper legal authorization and under appropriate medical supervision. The whistleblower complaint described above asserted that residents in the PMSR program at Coney Island Hospital, including in outpatient, inpatient, and emergency department settings, had functioned with little or no supervision in performing a wide range of patient services. Those services included surgical procedures such as suturing lacerations, bone biopsies, skin biopsies, and skin graft/ matrix application, tendon repair, and digit repair, among other types of care. Two of the residents, including one who served in the position of Chief Resident, were not even legally authorized to participate in the PMSR program during some of that time. Yet, the Hospital and PMSR Director are alleged to have continued submitting claims based on those services in violation of federal and state program requirements.

It is important to remember that while regulations authorize payment for hospital services and supplies in an outpatient setting which are incident to the care of a physician or non-physician practitioner (see 42 CFR § 410.27), and the services of residents enrolled in approved GME programs are considered hospital services, hospitals may not bill for services provided by unlicensed and unsupervised residents without a licensed physician’s involvement. Nor are unlicensed residents in an approved GME program considered “non-physician practitioners” who may independently order or perform services that can be billed to the Medicare or Medicaid programs. Put another way, a hospital may not bill for services or supplies which are incident only to the care of an unlicensed and unsupervised resident.

Likewise, hospitals obviously may not bill for the services of residents without legal authority to participate in an approved GME program, irrespective of whether a licensed physician is otherwise supervising such services. In the case described above, New York required an unlicensed resident to obtain a limited residency permit to practice podiatry under the auspices of a GME program. Absent such a permit, a resident was without any legal authority to practice podiatry in New York and could not render podiatric treatment or issue prescriptions. Furthermore, practicing podiatry without legal authority, or aiding and abetting another to do so, is a Class E felony in New York. As alleged in the whistleblower complaint, two of the residents in the PMSR program did not have a valid permit during certain periods in which the Hospital submitted claims for services.

Residents have more than a passing interest in avoiding situations that can place them in legally and/or ethically compromised positions. If they are not yet licensed, their status as residents in an approved GME program will not obviate the need for appropriate supervision by a licensed physician in order for their services to be properly billed by a hospital employer. Insisting on such supervision will not only prevent their services from being improperly exploited by the hospital but also will ensure a more meaningful and compliant educational experience that serves the best interests of both the residents and the patients. Likewise, residents should be proactive in ensuring that their legal authorizations for participating in a GME program are valid and current. If those authorizations lapse under state law or are not timely renewed, it is not just the hospital that has a problem. Treating patients without legal authority to do so can create liability for the resident as well.