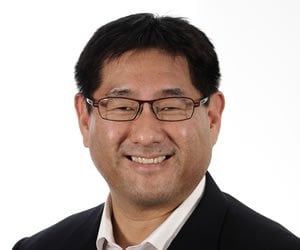 Dr. David Matsumoto (davidmatsumoto.com) is the founder and director of Humintell (humintell.com), which provides training in the fields of facial expression of emotion, nonverbal behavior, detecting deception and cultural adaptation. He is also a professor of psychology at San Francisco State University (SFSU), and founder and director of SFSU’s Culture and Emotion Research Laboratory, which focuses on studies involving culture, emotion, social interaction and communication. Matsumoto received a bachelor’s degree in psychology and Japanese from University of Michigan in Ann Arbor (1981), and his master’s degree (1983) and doctorate degree in Psychology (1986) from the University of California, Berkeley.

In 2009, Matsumoto was one of the select few to receive the prestigious Minerva Grant; a $1.9 million grant from the U.S. Department of Defense to examine the role of emotions in ideologically-based groups. He was the Editor-in-Chief for the Journal of Cross-Cultural Psychology and is an Editor of the Culture and Diversity Section for the Social and Personality Psychology Compass. Matsumoto is also an Editorial Board Member for Personality and Social Psychology Review; Asian Journal of Social Psychology; Asian Psychologist; Journal of Nonverbal Behavior; Motivation and Emotion; Cognition and Emotion; Human Communication; and Journal of Comparative Family Studies. Dr. Matsumoto is the author of numerous books, including: Nonverbal Communication Science and Applications (2013); The Thrill of Victory and the Agony of Defeat (2007); Culture and Psychology-4th Edition (2007); The New Japan: Debunking Seven Cultural Stereotypes (2002); The Handbook of Culture and Psychology (2001); Culture and Modern Life (1997); Unmasking Japan: Myths and Realities about the Emotions of the Japanese (1996); Cultural Influences on Research Methods and Statistics (1994); and People: Psychology From a Cultural Perspective (1994).

When did you first decide to become a psychologist? Why?
My inspiration to become a psychologist first came when I was an undergrad at the University of Michigan. I thought I wanted to become a physician and took pre-med related courses and also volunteered in the emergency room at the University of Michigan Medical Center. To make a long story short, at that time I thought that while physicians were there to relieve a lot of the physical suffering, people actually had a lot of mental suffering as well, and I felt something should be done about that. Simultaneously, I had a good friend who suggested I take some psych courses, and I did fairly well in them. So after a couple semesters I decided to become a psychology major, initially to become a clinical psychologist because I wanted to have a hand in treating other people’s suffering that I had witnessed while volunteering in the emergency room.
How/why did you choose the doctorate program you attended?
While at U of M, I had the opportunity to work for a few years alongside the late Dr. Robert Zajonc, a very famous social psychologist. During this time, I still wanted to become clinical psychologist and UC Berkeley happened to have an early admission deadline. I submitted my application in clinical psychology, but Dr. Zajonc recommended I apply to several other schools in social psychology, which I did. However, I got into Berkeley and decided to attend, still thinking I wanted to be a clinician.

What surprised you the most about the doctorate program?
What surprised me the most was the immense freedom we as students had to pursue whatever kinds of ideas with whomever we wanted to study them with, while simultaneously completing our studies and clinical work. That’s a model that occurred at Berkeley at that time, but doesn’t exist in most graduate programs today.

If you had it to do all over again, would you still become a psychologist? (Why or why not? What would you have done instead?)
I would like to think that I would still become a psychologist because I love what I do, I love the topic that I study, and I love the life that I have carved out for myself as a psychologist. However, it’s an interesting question, because all you’re asking is if I would choose to do it, and if you look at my past history, almost all of decisions I’ve made are kind of on accident. I’ve been fortunate enough to have things go my way and really fortunate to work with really good people over the years, and I don’t know if I planned any of that.

Has being a psychologist met your expectations? Why?
Yes, it’s met and far exceeded whatever expectations I had of my career.

What do you like most about being a psychologist? Explain.
What I like most about being a psychologist is observing behavior and trying to figure out why behaviors occur. I like trying to understand why people are different and why they are the same. I like figuring out why people do what they do. I like thinking about it, I like studying it, I like getting the answers. I like having the answers lead to new questions; I just like that whole process.

Describe a typical day at work—walk readers through a day in your shoes.
I’m up around 5:30 a.m. I’ll decide then if I’ll get up then and work or if I’m going to stay in bed for an extra 30 minutes and then get up. As soon as I wash up, I go straight to my study in my house. I write every morning, six days a week. Whether it’s a journal article, chapter, book, grant proposal, I’ll be writing, which is a creative activity for me. I’ll spend one and a half to three hours, six days a week, doing that with minimal interruptions and I have done that for over 30 years. After that time, I’ll take my dog for a walk and eat breakfast. From there I usually go to one of my offices and supervise work going on there. I’m generally always moving from one office to the next, usually doing work which requires coordinating with other people, such as seeing how data collection is going, analyzing data, etc. I take breaks here and there. In the evening I go home or go to judo practice at my dojo, the East Bay Judo Institute

On average: How many hours a week do you work? How many hours do you sleep per night? How many weeks of vacation do you take?
On average I work 12-hour days three times a week and 12- to 14-hour days the other days in the week. I work a total of about 70 hours a week. When I was coaching judo, I had much longer days. I usually sleep seven to seven and a half hours a night. I can’t remember a time in the past where I took a week vacation where I did absolutely nothing to do with work or judo. Even now when go on vacation, the longest being around 10 days, most mornings I keep writing. Instead of taking long vacation, I tend to rest my mind and body throughout the month. I look forward to not doing anything on Saturday afternoons or evenings. Micro breaks throughout the day work better for me.

Do you have family, and if so, do you have enough time to spend with them?
I have a family. I have a wife, four kids, one who’s married, and a dog. I probably don’t spend as much time with them in stereotypical ways, but since we all do judo together, the total number of hours we spend together adds up to be quite a lot.

How do you balance work and life outside of work?
I feel as though I’m very good at time management, very disciplined in my own work ethic, and I have great people around me from my family to everybody in every aspect of my life.

If you took out educational loans, is/was paying them back a financial strain?Explain.
I did take out educational loans while I was in grad school. I paid my way through school by working and taking out loans. Fortunately, I wasn’t on loans for 100% and I was able to pay them off my working after graduation. No one likes having debt.

In your position now, knowing what you do – what would you say to yourself back when you started your psychology career?
I would tell myself to not fret the details. Don’t worry about immediate problems because things will work out in the long run.

From your perspective, what is the biggest problem in health care today?Explain.
I don’t think I have enough knowledge to make an informed opinion about that, and the world doesn’t need any more uninformed opinions about things.

Where do you see psychology in five years?
I see researchers understanding the brain better. I also see them understanding humans in social and cultural contexts better.

What types of outreach/volunteer work do you do, if any?
I began practicing judo when I was a child and have been involved in it for over 40 years. I am the head instructor of a non-profit judo club, East Bay Judo Institute that has fortunately been very successful. I have had the opportunity to coach many national and international champions, including Olympians. All my work for the dojo (and all the other instructor’s work at the dojo) is strictly volunteer, although we treat it like another job. We dedicate ourselves to teaching judo because we love the sport and the values and principles it teaches to others.

Do you have any final piece of advice for students interested in pursuing your specialty as a career?
The best advice I can give it to learn basic research methodology really well. Become a critical thinker and reader. Be a good scholar. Work hard.