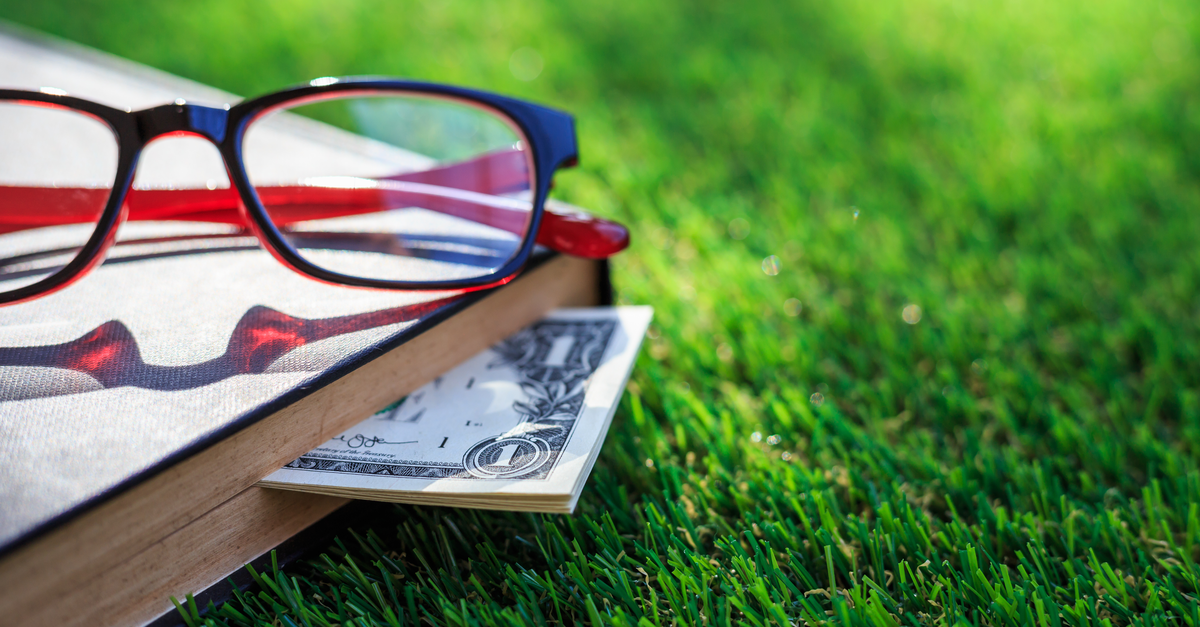 Medical students deal with a lot of scary things: frequent do-or-die exams, looming USMLE or COMLEX tests, and being responsible for a patient’s care for the first time are a few examples. Sadly, however, one of the scariest things that most medical students deal with has nothing to do with medicine itself. “Debt” is a small word that carries a huge connotation and, for most students, is literally huge. With students routinely graduating more than $200K in debt, the cost of medical education is a topic on the minds and lips of every medical student, school dean, and national education officials, such as the AAMC. Like undergraduate institutions, most medical schools have a financial aid office that focuses on helping each student understand, manage, and ultimately pay for his or her education. This guidance often takes the form of mandatory meetings with financial aid officials, dispensing information about scholarship opportunities and organizations that help repay student debt, and required programming as part of the medical school co-curriculum. Each school naturally has a vested interest in minimizing alumni debt, and thus this programming is very important.

Despite the barrage of warnings and, in some cases, scare tactics, many students act indifferent about the staggering amounts of debt. I have been guilty of this myself; I am not passing judgment but instead commenting on this bizarre phenomenon. For many students, this debt seems to have no effect on day-to-day living, nor does it cause them to work towards reducing their loans. Do not misunderstand me: I recognize that many students truly need the full amount of loans available to live, for a variety of reasons. I am also aware that many students do actively budget, pay close attention to their loan amounts, and try to live in a minimalistic way. This article is directed more towards the students who shrug off their debt with a simple, “I’ll be able to pay it back later,” and then proceed to borrow and spend much more than necessary, neglecting to consider present and future repercussions.

The trouble with this simple argument is that it is often true – it is no secret that physicians have among the highest earning potential of all careers. Further, physicians are generally a safe group to trust with loan money; they rarely, if ever, default on their loans. It is therefore difficult to fully convince most students that their debt is anything to really fear – I am not suggesting that most students take their debt lightly, but I am saying that many students minimize the issue, knowing that it will eventually get paid back. I have also heard the argument (and used it myself, many times) that there isn’t much that can be done about the loans, so we might as well just spend what the government gives us and not worry too much. Another way to phrase this: “What’s an extra $10 when I’m a quarter million in debt?” Paradoxically, student debt has become so high that most students cannot comprehend it as a real amount; it is just a number. (To give this amount some tangibility, consider that the median household income in the U.S. is around $50,000; many students have debt equal to five years of labor from the average American family. Or, consider that this is approximately the cost of two Lamborghinis.)

So, the question of budgeting stands – does it really matter all that much?

The answer, I submit, is yes, it does matter, though perhaps not for the reasons often cited. I have already demonstrated that students are not convinced to budget by the sheer amount of debt, although this would make sense logically. However, logic does not always win, and in reality, the argument “what’s an extra $10” is going to win more often than not. And this argument has merit; the truth is that most students are willing to pay back their loans, plus exorbitant interest, once they are practicing physicians with annual salaries equal to or greater than their total loan amount anyway. Likewise, the accruing loan interest does not convince most students either; it is just making a larger bottom line, which most students (correctly) recognize that they will probably be able to pay off later.

Budgeting in medical school is important because of the values it cultivates in us – values which will be very important as physicians. Foremost among these values is that of responsibility; budgeting teaches one how to responsibly handle finances. This will (hopefully) remain a rooted value on the path to becoming a successful physician, so that when one does have a lot of money and little debt, one will know how to handle it. In other words: if one demonstrates he or she can be trusted with little, he/she will be trusted with more. This is exactly what we are doing academically in medical school: we demonstrate that we can care for one patient, and soon we are given more patients. As residents, we are given more, and then more as attendings, and so on. Why not cultivate this attitude with one’s finances, as well? Furthermore, paying attention to one’s finances and budgeting while in medical school will remind future physicians that money is not the end goal. It is easy to be an idealist in medical school, claiming the good of humankind as the sole purpose of medicine, but many doctors, it seems, get their first paycheck and regress to practicing medicine for the wealth. Limiting oneself financially in medical school will teach one how to depend less on money, and allow one’s medical practice to be focused on what is truly central – the care of patients.

Lastly, I would argue that being minimalistic and practicing budgeting in medical school will generate empathy. Physicians are often alienated from their patients (not to mention friends, family, etc.) because of their higher social status and affluence – perceived or actual. Students who take an active role in budgeting will better understand what it means to live with less, and better understand what others are dealing with. This may also cultivate an attitude of generosity; doctors-in-training can learn to live with less so that when they actually have more money, they will be able to use it – like their training – for the betterment of humankind.

There are a lot of budgeting resources available for students, beginning with the financial aid department of the institution. In my opinion, the key to budgeting and being wise with your finances amounts to little more than paying attention to how much you spend and what you are spending it on. Mobile banking and budgeting apps such as Mint.com have made this much easier to do. I would also suggest starting small – for example, try brewing your own coffee instead of defaulting to expensive coffee shops, or even just reduce the amount. Instead of going to the coffee shop every day, try every other day – if you do this throughout medical school, you could save almost $3,000. Bottom line: give budgeting a try. Not only are you saving yourself excess debt later, but you’ll be a better doctor because of it – not to mention a better person.