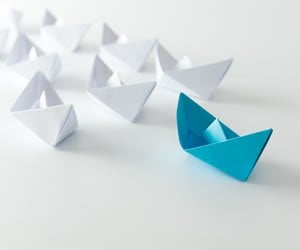 At this past year’s UC Davis Pre-Health Conference, Stanford Health Care’s Chief of Staff, Dr. Mark Welton headlined three popular sessions. His talks centered on what a chief of staff is, how you get to be chief of staff, and what we need to do to maintain health care costs.
No one would have guessed that back in the 1970’s, on this same campus, the distinguished physician and leader was told he’d never make it through UC Davis’s pre-med program, let alone get into medical school.
“I struggled through some of the classes,” Walton, who is also the Chief of Colon and Rectal Surgery, admits. Lucky for the medical profession, he not only managed to make it through pre-med, but successfully finished medical school at UCLA and completed a fellowship in colon and rectal surgery at Washington University. After teaching at University of California, San Francisco for 8 years, Walton transitioned to Stanford in 2001 and has been there ever since.

“I joined (Stanford) as Professor and Chief of Colorectal Surgery, and then I became interested in improving healthcare delivery from more of a one-to-one sort of thing, to more (in terms of) groups of patients,” Walton explains. He began noticing a massive divide between those who practice medicine and those who administer the business of medicine. “I realized that the people who run hospitals don’t really understand my language, the language of complications, wound infections, ICU stays…and I needed to learn their language, around health care delivery issues, and finance, and how to improve healthcare in a systemic fashion.” He went back to school in 2007 to improve his fluency in this language of business, choosing the two-year Masters in Healthcare Management program from Harvard University. With these new skills under his belt, he soon became medical director of the Clinical Cancer Center at Stanford. Two years later he was elected to Vice Chief of Staff and then began his current role as Chief of Staff in 2014.
While Walton’s comprehensive understanding of the business of medicine gives him unique insight into health care issues, he says he’s far from certain how healthcare reform will affect today’s medical students. “I don’t have a tremendous insight into how it will affect training yet, because it’s just starting,” he notes. “Medical education is subsidized by the government–there’s a risk of that going away now, and there may be a restriction of residency slots, because that costs money… I think the challenge is that we have an aging population, we need more healthcare providers, and our current system is under a lot of stress, with resident work hour restraints. We aren’t able to squeeze as much out of residents as we used to… it’s a very dynamic, changing time.”
While we wait to see these changes unfold, Walton has some distinct ideas of how we can improve our system in the here and now. “Medical schools–and medicine as a whole–would benefit tremendously by showing med students that they could do translational research, clinical medicine, and then have a career path that was clear around leadership and management,” he says. He worries that these are skills medical schools not only ignore, but often discourage. “Especially in the surgical field, we think that people who are interested in management aren’t able to operate–if they could operate, they’d be in the operating room. And this is not true. We need to teach leadership, like they do at business schools, where you can understand the language of leadership, and be a better follower, a better team member, or potentially a better leader. We spurn that so much in medical school, that we don’t call out good leaders that could end up driving American medicine.”
For students interested in this type of leadership, Walton encourages looking outside the med school box. “You can look (into pursuing a) Masters of Public Health (MPH), or a lot of people are looking at MBAs,” he suggests. When SDN spoke to him after his UCDPHSA Conference stint, he was hopeful that his presence there might influence students to do just that. “If one person today was motivated to pursue medicine or pursue leadership opportunities [it will have been worth it]. We need dedicated, engaged, innovative, excited people to work together to improve healthcare in the US.”
An excellent surgeon, leader, and teacher, Mark Walton is a medical triple-threat. But he may also be the perfect example of what the future of medicine could look like–and that future is one of collaboration, community and innovation. “What we teach now is for doctors to trust and verify–that you are ultimately responsible as an individual,” he says. “But if we learn to share that responsibility, we could be better.”