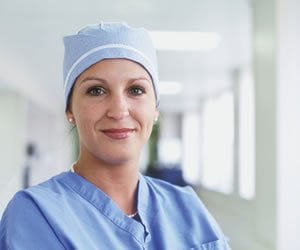 While there were many engaging sessions held at the 2015 UC Davis Pre-Health Conference, a few stood out for being exceptionally inspiring. Dr. Lisa Lattanza’s lecture, “How to Be a Successful Female Surgeon”, was one of these standouts.
This isn’t surprising, considering Dr. Lattanza’s pedigree. The chief of Hand, Elbow & Upper Extremity Surgery at UCSF Medical Center, she is known both for her surgical skills and her inexhaustible efforts to encourage and mentor the next generation of female surgeons. She is the president and co-founder of The Perry Initiative, a Bay-area-based foundation which provides educational and experiential opportunities for young women (primarily high-school and early-college-aged) interested in orthopedic surgery – a project which recently earned her the prestigious Jefferson Award for public service.
At the UCDPHC, however, her focus was not on her individual achievements, but rather the lessons she’s learned as a female in a male-dominated surgical field. Using history, personal experience, and a bit of tough love, her talk both inspired and prepared prospective female surgeons for their future careers.
Dr. Lattanza began with a brief history of notable female physicians, explaining that today’s women in surgery “stand on the shoulders of giants”. These giants include Miranda Lewis, a mother and wife in the 1800s who disguised herself as a man named James Barry in order to practice medicine; Dr. Ruth Jackson, the first female board-certified orthopedic surgeon in the United States; and Jaqueline Perry, who was Lattanza’s mentor and the inspiration for the Perry Initiative.
“(Perry) was our most prolific female orthopedic surgeon,” Lattanza explained to the captive crowd. “She treated polio patients, and found a way for patients to sit upright so they didn’t die, using (what became) the halo vest… She was also one of first to use rods in the spine.” Perry also encouraged Lattanza, who started out as a physical therapist, to pursue surgical training in the field of orthopedics – a field which happens to have the lowest number of female surgeons, aside from neurosurgery.
Lattanza only spoke briefly about her training, crediting her success to both “luck and timing”, and chose to focus more on the specific pressures and challenges tomorrow’s female surgeons might face. The first step in preparing oneself, she explained, was to acknowledge that gender differences exist. “Female and male surgeons are different,” she said. “Differences aren’t bad – we just have to accept them.” Communication styles, for example, may be different in men and women. Whereas men “negotiate status, preserve independence, and offer solutions”, women typically “create closeness and sameness and rule by consensus.”
Another difference is the social pressures women experience, versus men. “We have to face that there is a double burden (family and work) for women, whereas there (generally) isn’t for men,” Lattanza pointed out. Her advice? “Manage your expectations… no one can have it all these days, in any profession, not just medicine.” She counseled the audience that it was indeed possible to have a family while practicing medicine, but that you needed to cut yourself some slack and realize that being a good parent doesn’t have to mean being there for every soccer game. “Your kids are not going to hate you for what you do for a living,” she said.
There’s also the not-so-small matter of sexual harassment and gender discrimination. Lattanza says that at the beginning of her career, “Every time I went in to see a patient, they thought I was a nurse.” She quickly learned to handle these situations with a no-holds-barred approach. “A male colleague called me ‘sweetie’ in the middle of an operating room,” she said, poker-faced. “So I called him ‘honey’”.
Gender can also affect the way people react to your decisions and opinions, especially when you’re in a position of power, warned Lattanza. “Research has shown that women in leadership can’t be considered warm and fuzzy,” she explains. “People put you in a box. If you’re nice, you must not be competent, and if you’re competent you must not be nice… Don’t be a bitch, but be prepared to be called one, because you’re a woman in a leadership role.”
Despite the challenges women may face in male-dominated surgical careers – or perhaps because of these challenges – Lattanza wants to encourage more women to become surgeons. One of the reasons gender diversity is so important, she explained, is that unconscious bias can affect how we treat patients. She illustrated this phenomenon with the example of osteoporosis, which has long been considered a “women’s disease”, despite the fact that the condition affects both men and women. This has led to a significant gap in both screening and treatment for osteoporosis in the male population. Lattanza also discussed the unconscious gender bias which affects Total Joint Replacement (TJA), citing a study that showed men were twice as likely to get a recommendation for total knee arthroplasty from their physician than a woman was, even when they presented with identical symptoms. “We have unconscious bias against the very groups we belong to. No one is immune,” warns Lattanza. But, she explains, having women in all sectors greatly helps to even out this bias. “We want the breakdown of doctors to reflect our society – and our society is diverse.”
The ultimate takeaway from Lattazna’s session was that the key to being a successful female surgeon is to simply be the best surgeon you can be; that women can change the male-dominated status quo simply by showing up, doing well, and mentoring younger women to do the same. “Be helpful, be eager, but don’t be a doormat,” she told her audience of prospective medical students, as her UCDPHC session ended. “A big challenge for female surgeons is that you have to manage everyone’s expectations of what you’re going to be. But to truly be successful, you must first define success for yourself.”