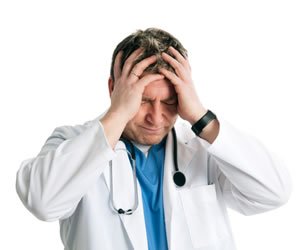 It was during my third-year pediatrics rotation that the doubts started creeping in. I really couldn’t see myself doing this for another fifty years – “this” being clinical medicine. When I finally gave voice to these thoughts, my friend and the fellow medical student didn’t seem surprised. “Have you thought about quitting?” I remember staring at her, unimpressed.

Then one month later, another friend of mine in the second year told me that he’d decided to take the next year off. He wasn’t sure if medicine was right for him and wanted some time to think things through. All of this has led to my subsequent research into non-clinical jobs and what options there were for doctors in various stages of training. This is what I’ve found.

Most medical students and residents will continue on with specialty training until they become attending doctors. This is not for them. However, an increasing amount of medical students, residents, and specialists are deciding to leave medicine for greener pastures. A networking site for physicians and other health professionals looking for opportunities outside of medicine, the Drop Out Club (D.O.C.) has even been highlighted in the regular media for its increasing popularity.

There are three factors you should take into account when deciding whether or not to quit: stage of training, finances, and existing skill set.

The most ideal time to quit would have been when you were making the decision about whether or not to apply for medical school. Hindsight being 20/20 however, this usually doesn’t happen.

Quite a few people decide early on in their first year that medicine isn’t right for them. This is probably the best time to make your exit if that’s the case.

For those that are considering leaving in the second year due to a distaste for the preclinical sciences and the impending barrier of Step 1, remember things will be very different once you’re on the wards. A lot of students that hated the daily grind of lectures and labs find themselves changing their minds once they’re on rotations and part of the team.

For those in the third year who find themselves dreading their time on the wards or in the OT, remember that there are medical specialties for all types of personalities. Want less patient contact? Go for pathology. Want something more quick-paced with less rounding? Emergency medicine might be an option.

If you’re on track to graduate from medical school and secure a residency spot, you probably should NOT choose this time to take a gap year and/or quit medicine. According to the NRMP, 6.2% of AMGs have gone unmatched applying as seniors at a US allopathic school which increases to 51.3% a year out from graduation. Even if you have no red flags in your application, the assumption will always remain that the year off was due to a failure to match. If you’re an IMG, the odds are even more unfavorable. If anything, this first year is important because you can only receive your license after you complete PGY1.

If you want to take a year (or more) off, even PGY2 would be a better option and would make it much easier for you to return if you decide to change your mind.

Ideally, the best time to leave or take time off would be after the completion of residency. Being board certified opens up many more doors as more and more non-clinical jobs are including this as a requirement. Plus, it makes it easier for you to return to clinical medicine if you happen to change your mind in the future.

While monetary compensation is still considered a taboo topic in the medical profession (especially in front of admission committees and patients), it is definitely a major concern for many students and residents. The amount of educational debt incurred from your medical degree is a very important factor to consider before you make any decisions about leaving medicine. There’s a reason why certain specialties are more popular (ROADS, anyone?) and most of the residency spots remaining for IMGs tend to be in primary care specialties. How much you had saved up before med school and whether or not you have any dependents to support should also be factored in. So before making a decision to quit clinical medicine at any stage, you should take into account the amount of student debt you have and how you’re going to repay it.

Attending your state med school as an in-state resident is usually the cheapest option. However, as many of us probably know, beggars can’t be choosers. Considering the competition for spots (52,550 applicants competed for 20,631 med school seats in 2016), most students would usually be relieved to get in anywhere, despite the price tag.
As a medical student, quitting during the first term of the first year would be the least damaging financially. In contrast, deciding to leave during the fourth year is an entirely different story.

Leaving medicine immediately after medical school graduation with some vague plan of getting a $150K position at McKinsey is probably not the best idea either. Whereas if you continue on with residency, your salary for the first few years might be low, but it will increase significantly once you become an attending. Plus, completing residency also opens up options for moonlighting and locum work.

Medical schools tend to place less importance on an undergrad degree than they do on your overall GPA and your grades in the required science prerequisites. There also tends to be a large number of health science/biology/pre-med/psychology majors applying to medical school. Unless you happen to like working in a lab and/or continuing on with academia, your existing skillset from that degree might be limited.

Depending on the field, non-traditional students that have left a stable career to pursue medicine might find it possible to transition back into their previous profession.

One of my friends completed her undergraduate degree in statistics and computer science. During medical school, she also ran her own statistical consulting company targeted towards life science researchers. Another former classmate (now a PGY2 in Pathology), taught himself programming and is now combining the two fields in pathology informatics and health information management.

Of course, there’s nothing stopping you from cultivating an alternate set of skills in order to facilitate your exit from clinical medicine. That could be another degree such as an MBA if you wanted to go into medical administration or consulting. It could also be developing a freelance writing career or becoming a novelist like Michael Crichton.

That being said, completing medical school and residency once you’ve started on this path is still by far the recommended and most tread route that will enable you to keep all your options open. Unfortunately, it just happens to be the longest.