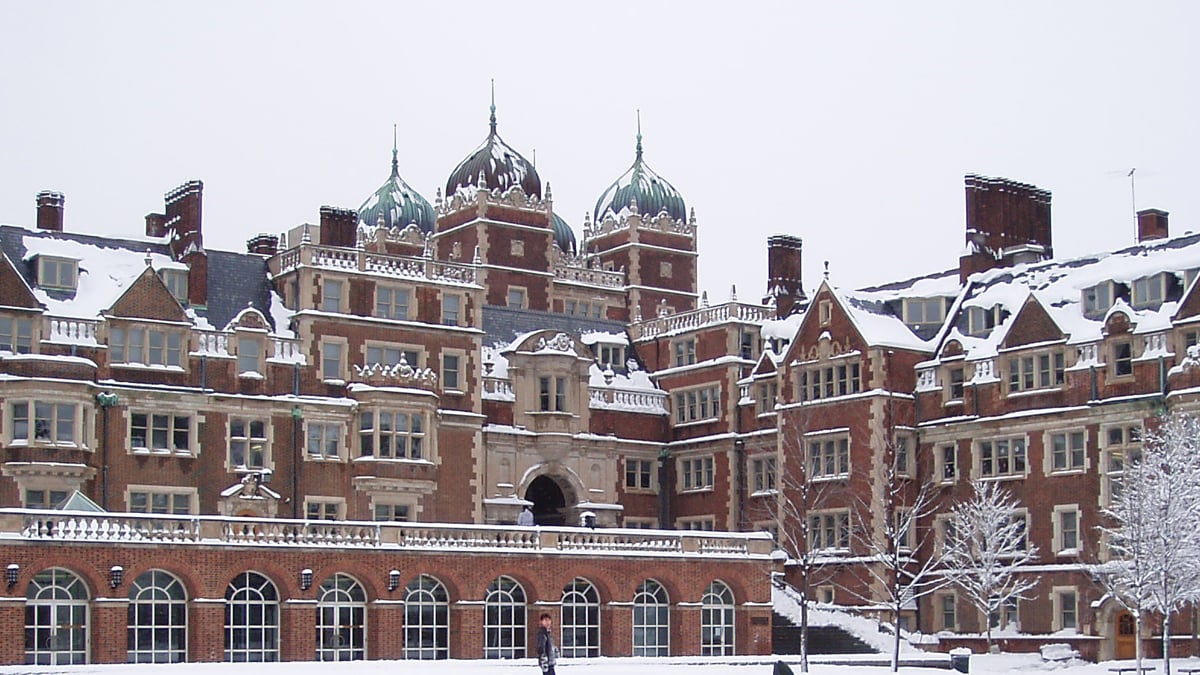 Breaking up parties, confiscating booze and answering noise complaints — being a resident adviser has always required a willingness to be the “bad guy” and uphold university policy despite the protests of friends and peers.

The worst part of his job as a resident adviser and dormitory hall security manager is verifying residents’ ID cards in the evening and dealing with the mask policy, said Marco Maldonado. But the positions help him afford his annual $20,000 tuition at the University of Massachusetts-Amherst.

Almost every night, he said, at least one person tries to enter the building without a mask. While most will take advantage of the box of disposable masks at the security desk, “every once in a while, you’ll meet someone who’s like, ‘Oh, it’s all bulls—. Stop — I don’t want to hear it,’” said Maldonado, 20, a political science and legal studies double major.

And sometimes people get aggressive. “Pardon my French, but they could say, ‘Who the f— do you think you are? Get the f— out of here!’”

It can be frightening and even dangerous to enforce mask-wearing and social distancing. Public tantrums and physical assaults on employees enforcing COVID-19 policies prompted federal officials to issue guidance for retail workers on how to de-escalate situations and avoid violence.

Many say they are struggling with a lack of communication and unrealistic expectations from their institutions. They feel caught between competing interests: connecting with their fellow students, protecting their health, and being able to afford their education.

Maldonado is clear about his priorities.

“When it comes to my personal health, I’m concerned but not afraid,” said Maldonado. “I’m more afraid of losing my housing and my ability to go to school.”

The position of resident assistant or adviser, RA for short, is a sought-after college job — not just for the free or discounted housing and meal plans that are often offered as compensation, but because of the built-in community and mentorship opportunities and the chance to showcase leadership on a résumé.

This fall, however, RAs are balancing the perquisites of the job with the difficulties of doing it.

Resident assistants from the University of Pennsylvania, University of Wisconsin-La Crosse, Washington University in St. Louis and other schools wrote letters and submitted petitions to their administrations raising concerns about the risk the virus posed to them as students and staffers returning to campus this fall.

“While we concede that there is a need to verify that our private residences are up to standard,” said a petition from Stony Brook University in New York, “we feel that having an RA carry out these checks brings up a number of logistic[al] health concerns,” such as higher risk of exposure to coronavirus, they wrote.

Despite these pleas, at institutions that welcomed students back to campus, resident assistants are finding that the perks — like community building and mentorship — are scant, while risk, frustration and fractured relationships are plentiful. For some, the job is no longer worth it.

Kenny Leon, 21, flew into New York City in mid-August from Miami, his hometown, for RA training at New York University, where he’s a senior. He was required to get tested for the coronavirus and then wait in isolation in his dorm until he received his results. The university was responsible for bringing him meals.

The first two days of isolation passed with no problems, Leon said. On the third day, he said, he didn’t receive his first meal until about 9 p.m. The next day, it arrived around 5 p.m. On the fifth day of isolation, Leon said, he sent his resignation email.

“If they had months to plan for this and they still managed to completely blunder it, I can only imagine how they were going to blunder a potential response to COVID or an outbreak on campus,” Leon said.

Such outbreaks have been common at reopened campuses. The University of North Carolina-Chapel Hill reverted to online classes Aug. 19, one week into the new school year, after hundreds of students tested positive for the virus. The University of Notre Dame in Indiana and Temple University in Philadelphia did the same soon after classes began again.

Since the beginning of the pandemic, more than 88,000 positive cases and at least 60 deaths have been reported on more than 1,100 college campuses, according to a New York Times survey.

Leon is finishing his studies online at home in Miami. The university gave him a deal that included the monetary value of the housing and meals he would have received as a resident assistant, he said.

Some of those who stayed on the job are finding that enforcing rules and creating community is more difficult than in the past, even though fewer students are physically present.

UMass-Amherst is allowing only international students, those with in-person lab classes and some with other special circumstances to live on campus. Instead of holding game nights or cereal buffets for students the way he’d have done in a normal year, Maldonado’s job now is to create a virtual community for the 25 students living in the three floors he supervises. He does this through group Zoom meetings and one-on-one FaceTime chats for those who want to talk about an issue.

He said he’s gotten mixed instructions about what to do when students resist his directions on mask-wearing and distancing. One supervisor told him to deny entry to those who refuse a mask, while others have said his job is more about education than enforcement. On Sept. 13, three weeks into the semester, Maldonado said he got new instructions: Don’t force a mask on anyone, but report those who refuse.

Maldonado is also unsure how to enforce the no-guest policy when he walks the halls of his nine-floor dormitory. Should he approach every group of students and ask for proof of residence? He’s already seen students erupt when challenged.

The residence hall security staff has an educational role and was trained on how to communicate the university’s policies starting Aug. 11, said Mary Dettloff, a spokesperson for UMass-Amherst. The university knows of only one troubling incident, in which a resident rushed through a dorm lobby without a mask and with two guests in tow, she said in an email.

On some campuses, confrontations arise if the university has stricter guidelines than the areas students come from.

In South Dakota, Gov. Kristi Noem opposes mask mandates, but the University of South Dakota requires students, staffers and visitors to wear masks in all public indoor spaces, with few exceptions. Addison Miller, 19, a sophomore and resident assistant at the university, said he had to remind students on move-in day to wear their masks.

Miller said he didn’t get enough training on COVID-related policies, and feels limited in his ability to keep the 50 to 60 students on his dormitory floor in line.

“Once the dorm room doors close, what can we do if we don’t see it directly?” he asked.

COVID-related considerations were woven into the resident assistants’ training and their role is vital, said Kate Fitzgerald, director of university housing. For example, the assistants are required to deliver dinners and weekend meals to students quarantined in their rooms.

“I definitely wouldn’t be wanting to do this without them,” Fitzgerald said.

Miller sympathizes with students who seek a quintessential, mask-free college experience. But if they break the rules they just raise the odds of the school closing down again, he said. He has to remind students daily to comply.

“It’s really easier for us both if you wear a mask,” he said.