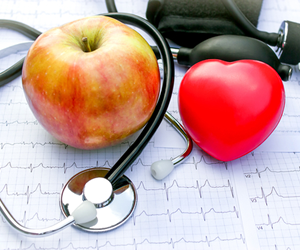 More than three billion dollars are spent annually on homeopathic medications in the United States. Most people who use homeopathy report being likely to use it again in the future to treat similar symptoms. In Europe, homeopathy is so popular that there are homeopathic hospitals and pharmacies, both covered by insurance. The WHO has endorsed alternative medicine, including homeopathy, as being affordable when compared to allopathic medicine for many conditions. More people use alternative medicine, including homeopathy than any other system of medicine in the world – approximately 80%!

In spite of these impressive and totally true statistics, many people still do not understand homeopathy. The principles of homeopathy date back to early recorded history. However, homeopathy was not given its name by Samuel Hahnemann until 1807. The principles taught then are the same that are taught today, that using minute (actually undetectable) amounts of a substance that cause a symptom in the body can cure the body of that symptom.

“It makes perfect sense”, says leading homeopathic expert John Herbmann, “It’s just like how a vaccine can prevent a virus from causing disease. Except that instead of using antigens that go through a rigorous testing and approval process, we use plants – the same plants that were used 200 years ago. That’s how you know they are good. Unlike allopathic medicine which is constantly looking for ‘the next great drug’ with their constant drug research and clinical trials, we homeopaths never trust any medication that hasn’t been around a few hundred years. Obviously, if it was good enough for Hahnemann, it’s good enough for me.” After pausing a moment to consider what he has said, Herbmann added, “Also, homeopathy does not cause autism”.

In fact, one of the main benefits of homeopathy is the complete absence of any side effects. Because the compound used in the initial manufacturing of the medication is not present in therapeutic concentrations (or even detectable using such fancy and sensitive techniques as GC-MS), it cannot react unfavorably with the patient’s body. How then does it have any effect at all a skeptic might ask? The mechanism of action is not entirely clear. The principles of homeopathy make it clear that “like cures like” and “less is more”. It is unclear if skipping a dose of homeopathic medication leads to an overdose or how to reverse such an overdose should it occur.

Homeopathic medications are prepared by taking a toxic amount of the substance in question, diluting it in water, shaking the water vigorously (a process called ‘invigorating’), taking a drop of that mixture, and adding it to a new container of water, and repeating the invigorating process. This is done over and over until none of the original substance remains. How do we know it works? Because Hahnemann said it works, that’s how. Then the water is used to make tablets or something. That part is not important, it’s invigorating that is important. It is so important, homeopathic remedies list on the package how many times it was diluted invigorated on the package. Hahnemann developed a C scale that had a factor of 100 dilutions of each invigoration. So a 6C dilution would result in a one part per trillion “mixture.” Perhaps this seemed too simple because the scale never caught on. Instead, most homeopathic product manufacturers use a system where each dilution has a factor of 10 and is reported on the product’s packaging using a D or X. In this system, a 6C dilution is equivalent to 12X or 12D.

Hahnemann had this to say about dilutions: “Don’t get caught up in the numbers, just trust that we know what we are doing.” When asked if there is any number that is considered the “best” number of dilutions he answered with, “Personally, I would never trust a compound that has not been diluted at least 12 times. It would just be too weak, having that many detectable particles around trying to exert a physiological effect. Just remember that the more dilute the compound is, the stronger the effect on the healing process. Your chemistry professors may have tried to teach you otherwise, but who are you going to believe, people who have been using the same system for hundreds of years or someone who tests their theories against reproducible evidence?”

Homeopathic medicine was extremely popular when it was originally created due to the fact that it didn’t cause people to die, unlike the hospitals and physicians of the day. Conventional medicine of that era used such cutting-edge procedures as bloodletting to cure what ails you. Homeopathy somewhat fell out of favor around the time penicillin and other actual effective drugs came into use because people could start taking medications to save their life. But recently homeopathy has begun to surge back into popularity. Why visit an expensive ER (or God-forbid make an appointment with your PCP) when you can just buy something that is cheap, available everywhere and has no side effects? “It’s a no brainer,” says Herbmann. “Your body has everything it needs to fight any ailment. Sometimes it just needs a boost in the form of a tablet made with water less contaminated than what you would drink from any sink in America.”

When asked to compare homeopathy to other forms of alternative medicine, such as acupuncture (which predates homeopathy by roughly 2000-4000 years) and chiropractors, Herbmann was aghast. “What do you think we are, a bunch of quacks?!” He declined any further comment on the subject.

So what ailments are particularly well-suited for homeopathic medicine? Anything that you would see your doctor for! Yes, that’s right, homeopathy works on everything from asthma to zygomycosis, anal cancer to xeroderma pigmentosa*. Why see a physician with years of education, training, and experience when you can see a homeopathic “doctor” for a fraction of the price? Remember, no one taking homeopathic medication has ever experienced a legitimate side effect from treatment. No physician can make that claim.
Hopefully, this article has informed you of the many virtues of homeopathy. Sadly due to space constraints, we are unable to publish any of the dozens of anecdotal stories of how homeopathic medicine saves lives. Just trust us on this, it does.

Those interested in learning more about Supplements, Complementary and Alternative Medicines, or SCaMS, are encouraged to check out Mark Crislip’s Quackcast.

We look forward to your comments below and in the forums. Please be on the look-out for next week’s article, “Nurse Practitioners: Why They Are Better Than Physicians (And Save You Money!)”.

*Special note: For reasons unclear to the author, the WHO does not support the use of homeopathy in HIV, cancer, or other life-threatening conditions. They are probably in the pocket of Big Pharma and Big Medicine.

38 thoughts on “The Future of Medicine: Homeopathy”