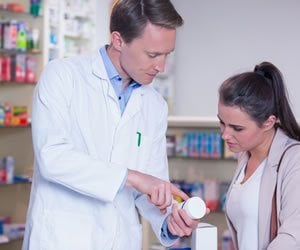 Applying to professional school can be one of the most daunting challenges of a student’s career. The pharmacy admissions process is no exception, and students may find it overwhelming at times. The Student Doctor Network recently sat down with Jeff, a member of a pharmacy school admissions committee, who shared his perspective on the process and some advice for students.

SDN: What advice would you give an undergraduate student just starting to explore the field of pharmacy? How can they tell whether pharmacy is right for them?

Jeff: The two things that someone who is interested in pharmacy should do are to make sure that they have a good understanding of the roles and responsibilities of a pharmacist in a variety of settings, and that the degree they are seeking is aligned with their career objectives. Many individuals are drawn to pharmacy school based upon nothing more than their perception of what a pharmacist does, with the perception based upon their visits to community pharmacies as customers or the television commercials produced by the national drugstore chains to promote their pharmacists. As you would suspect, their perception of what a community pharmacist does on a daily basis is usually wrong. Others make it to their admissions interview day and tell their interviewers that they want to work as a hospital pharmacist so they can work with patients to discover the cure for breast cancer or diabetes; a noble goal to be sure, but one better suited for a doctoral degree in pharmacology or medicinal chemistry.

For those interested in learning more about careers in hospital pharmacy, the same advice applies, though it is significantly more difficult to obtain part-time work in a hospital pharmacy setting, as there are far fewer hospitals than community pharmacies, and there tends to be less turnover among technicians in hospitals. Ten years ago it was much easier to gain shadow experience in hospitals, but with increased requirements for HIPAA training, criminal background checks, and mandatory immunization standards, shadow opportunities have become more difficult to obtain–the hospital isn’t likely to do all of that work for someone who is only going to be there for ten hours over the course of a few weeks.

Before making the decision to apply to pharmacy school, a potential applicant should understand that pharmacy is not a career field where you are going to be routinely showered with praise and thanks. If you need to be thanked by your patients and told you are doing a good job every day, there are other career fields in healthcare (such as medicine, nursing, and counseling) that can better suit your needs. Pharmacy can be a thankless job; those practicing in community or hospital setting are more likely to receive complaints and insults (or worse) instead of appreciation. This is why it is important that individuals pursuing a career in pharmacy are doing it out of a sense of altruism and not merely for the salary; many of my peers who work in community pharmacy tell me that there is no hourly rate they could earn that would make their worst days at work worth it.

SDN: Does the choice of undergraduate major impact a student’s chances of being admitted to a college of pharmacy?

Jeff: Yes and no. It is unlikely that any pharmacy program would disqualify someone from consideration simply because they received a bachelor’s degree in a non-science field such as a foreign language, fine arts, or engineering. While our program offers bonus points in the admissions scoring rubric for bachelor of science degrees, it is a very small percentage of the overall admissions score. So the choice of major itself isn’t a major consideration in admissions decision-making; having completed a bachelor’s degree is more important than the degree earned. Be that as it may, individuals who have earned degrees in the sciences, in particular those sciences that are covered in the PCAT (biology, chemistry, and mathematics), are more likely to have a better performance on the PCAT itself, due to the advanced coursework and subject matter repetition encountered during the degree program; a chemistry major is likely to perform better on the chemistry subsection of the PCAT compared to the individual who has only completed two semesters of introductory chemistry and two semesters of organic chemistry.

SDN: Of grades, test scores (PCAT), and activities (volunteering, paid work, student activities), which would you say is most crucial for admission to a college of pharmacy?

Jeff: Most pharmacy programs treat their admissions scoring rubrics like state secrets; this information is rarely published, and individuals who are tasked with overseeing admissions (often the Dean of Student Affairs or the Director of Admissions) are hesitant to share it with their colleagues from competitor institutions. The secrecy stems from a desire to prevent applicants from ‘gaming the system’ when it comes to their applications; if applicants know their top choice program values volunteer or advocacy work over everything else, the smart applicant would tailor their application to emphasize those traits, potentially at the expense of a balanced and accurate application. My knowledge on admissions rubrics is limited to what takes place at our program and a few other schools that have been brave enough (or foolish enough) to share their rubrics during private conversations and workshops at national association meetings.

Grades: Grades are important; while past performance in the classroom is not a strong predictor of success in pharmacy school, individuals who are on the lower end of the scale appear to be more likely to encounter academic difficulty when they enter pharmacy school. The grade point averages calculated by PharmCAS–overall GPA, math and science GPA–come ready-to-use and are generally easy to interpret. Be sure to understand if the schools you are applying to rely on overall GPA or calculate their own GPAs; these school-specific GPAs could include pre-requisite GPAs (a GPA that includes only the pre-requisite courses required for entry into the program), GPAs over a certain timeframe (example: GPA over the past four academic periods), or subject-specific GPAs. An overall GPA of 3.50 becomes less impactful if your top choice school cares more about your math and science GPA, where your past struggles in organic chemistry pushed your math and science GPA down to 2.75.

PCAT: Admissions committees have a love/hate relationship with the PCAT. They love the fact that it is a standardized assessment that can measure performance uniformly across all applicants. A composite PCAT score at or above the 90th percentile is a fast way to get the admissions committee’s attention. Our experience is that PCAT scores and GPAs follow a generally linear relationship–the higher the applicant’s GPA, the higher the expected PCAT. When the GPA and the PCAT are grossly misaligned (high GPA/low PCAT or low GPA/high PCAT), admissions committees have to answer some tough questions with limited data. For the high GPA/low PCAT individuals: Was their GPA inflated by easy coursework? Do they struggle with standardized tests? For the low GPA/high PCAT individuals: Is this applicant an unmotivated loafer in the classroom? There aren’t a lot of good answers to these questions; you don’t want the admissions committee to be debating these when discussing your application.

Some schools don’t require applicants to take the PCAT, and that’s their prerogative; like GPA, we have found that it is only a marginal predictor of success in pharmacy school. What I have seen recently is the de-emphasis of the PCAT amongst admissions committees at schools that do require the PCAT. Few schools publish the minimum composite scores necessary for consideration, with those schools stating that a minimum composite score at the 70th percentile is necessary to be a competitive applicant. I must say that do find these claims hard to believe. Following each admissions cycle, PharmCAS sends a matched admissions report to participating schools each November, which allows schools to see the names of all of the other pharmacy programs each of your applicants applied to, but also if they were accepted anywhere as well as where they enrolled for the fall. I have seen applicants with incredibly low composite PCAT scores–scores we would not touch–be admitted to other programs, including programs that are talked up on SDN as being “better” schools. Truth be told: applicants who earn a composite PCAT score of 50th percentile or better have a good chance of being accepted at most programs. So to all of you pre-pharmacy students posting in the “What are my chances?” megathread: don’t get too worked up about your 55th percentile composite score if the rest of your application is good. There’s a school out there that will take you with that score. In fact, there are plenty.

Volunteering: Pharmacy has always been a service-driven profession. I believe the main role of a pharmacist is to serve others: customers, other health care practitioners, and society as a whole. It is nice to read an application where it is clear the candidate for admission recognizes that life is bigger than himself or herself. Individuals with a history of volunteer work are favored over those who do not, but in order to stand out, an applicant needs to be doing more than the minimum threshold of 20 hours per year or so required by many of the academic and leadership honor societies. The volunteer activity itself generally does not matter, though some programs value volunteer activities in health care settings more highly.

SDN: What type of student is most likely to be admitted to a college of pharmacy? Least likely?

Jeff: Look: there is little doubt that the combination of new pharmacy programs and the expansion in enrollment in many existing schools has made it less difficult for individuals to be admitted to pharmacy programs compared to ten years ago. From a capacity standpoint alone, the supply of seats in pharmacy programs has increased, while the applicant pool has largely flatlined. The upper hand in this relationship has flipped from the schools to the applicants; the competitive applicant has no shortage of options and can shop around, and individuals who might not have been admitted anywhere previously are more likely to find a program willing to accept them. Admissions officers scramble to fill their classes earlier and earlier each year, so in order to increase the likelihood that you will be admitted to your top choice program, you should complete and submit your application as early as possible. Most schools utilize a rolling admissions process, which means that they fill their incoming class throughout the application cycle and do not wait until the application deadline has passed before making offers of admission.

For the borderline candidate, the best advice I can provide would be to make yourself known to the admissions officers. If the school is within driving distance, go and meet with them. Visit open houses. Send e-mails. Let them know that you are going to be applying, and ask for advice on how to improve the chances for admission. Be a presence without being a pest; work to establish a good rapport with the admissions officers. When it comes time for the admissions committee to start making decisions about interview invites and offers of admission, this good rapport might make all the difference.

“Jeff” has served for the last six years on the Admissions Committee at a pharmacy school located in the United States. He is a pharmacist and an Associate Professor, and is a long-time lurker on Student Doctor Network.