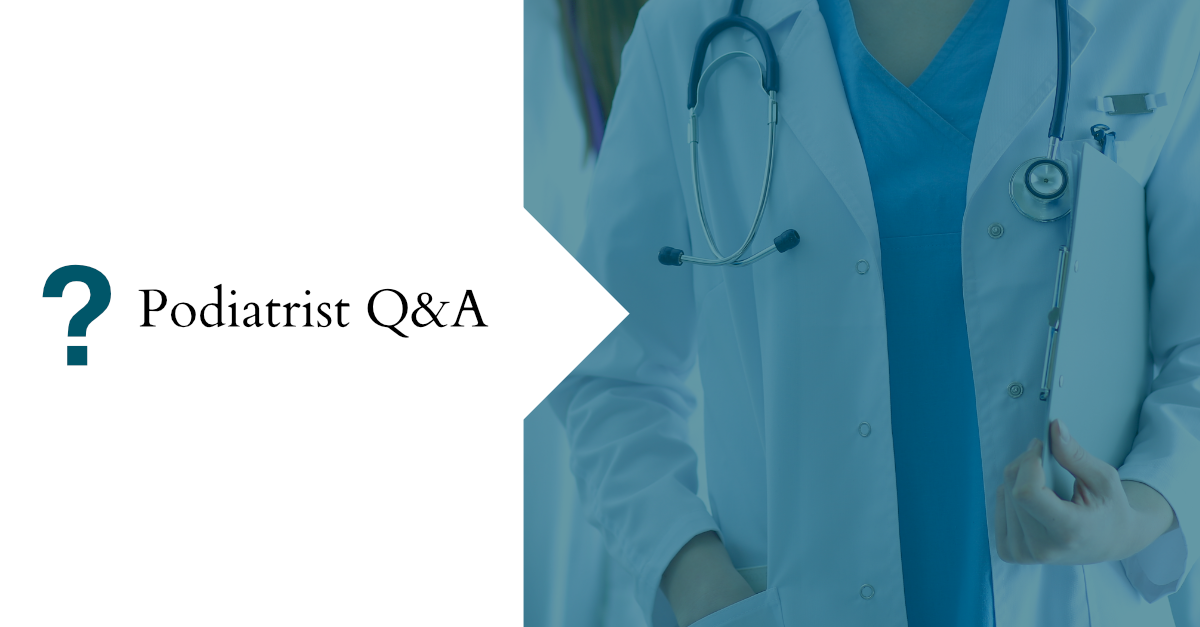 Javier La Fontaine, DPM, MS, is a professor in the Plastic Surgery Department at UT Southwestern and an attending physician at Parkland Health and Hospital System in Dallas, TX. He specializes in limb salvage, using his surgical and wound healing expertise to help patients—especially those with diabetes—who have been told that amputation is the only course of action available to them. 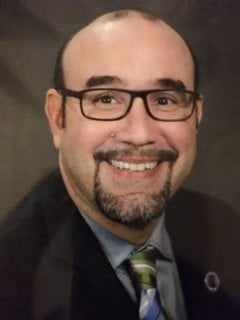 Originally hailing from Puerto Rico, Dr. La Fontaine earned his bachelor’s degree in biology from Xavier University in Cincinnati, OH. He earned DPM degree from the Ohio College of Podiatric Medicine in 1995 and completed his residency in Podiatric Medicine and Surgery at the University of Texas Health Science Center at San Antonio in 1999. He has been widely published, holds leadership roles in multiple professional societies—including the American College of Foot and Ankle Surgeons, where he serves as a regional president, and the American Podiatric Medical Association—and has been named one of the “Most Influential 175 Podiatrists in the US” by Podiatry Magazine.

When and why did you first decide to become a podiatric physician?
When I was young, I had severe flat feet. I was pretty active in track and field and basketball, so I developed somewhat of a foot problem very young in life. That led me to see a podiatrist to get inserts every 2-3 years, and as I became older I became familiar with the profession. When I decided I wanted to do some type of health profession, I went and shadowed the podiatrist that I saw as a kid. He helped me realize that this is what I needed to do.

How did you choose the podiatry school you attended?
I went to Xavier University in Cincinnati for my undergraduate studies, and the closest podiatry school was [the Ohio College of Podiatric Medicine in] Cleveland. So I applied there and to others, but out of all those schools, the closest one and the cheapest one was Cleveland, so I just decided “this is where I’m going to go”.

Why did you decide to specialize in limb salvage?
That was funny because I got into podiatry because I was really into sports. I thought that I would focus on sports medicine. But then I did my residency at the University of Texas Health Science Center in San Antonio, and San Antonio has always been a city where diabetes is very common. I ended up taking care of a lot of diabetic patients, and I just kind of found a passion for it. I really enjoyed the inpatient hospital setting; I enjoyed the fact that diabetes is a very individualized disease, so every patient would respond differently to treatment. I really liked what I was doing, and I just sort of forgot about sports medicine. It’s very funny because it can change; you think you might do one thing, but then you love doing something else.

Describe a typical day at work—walk me through a day in your shoes.
On a typical day I get up early—probably about 6 in the morning—and the first thing I need to do is take care of the inpatients at the hospital. We spend pretty much all morning rounding, seeing patients, making decisions for surgery or medical management, and then I either go to surgery after that, or to clinic in the afternoon. Clinic is about 5 hours; I do half a day, and finish up around 5-6:00.

What is the most frustrating part of your job?
A lot of the stuff I do with limb salvage should start with prevention, and seeing patients that didn’t get any preventative care or seeing patients that didn’t know about prevention, that is really frustrating. Sometimes to a lesser extent, sometimes other specialties might not treat you like a part of the team because you specialize in the foot, and that is frustrating, but from when I trained until now that is less and less common. Those are probably the two most frustrating aspects of my practice as a podiatrist.

What is one thing you wish people knew about what you do?
I like to have patients know that we can do something for their feet, and they don’t have to wait until problems are serious. I like patients know that there are treatment options rather than just giving the bad news that we’re amputating their foot.

On average, how many hours a week do you work? How many hours do you sleep per night? How many weeks of vacation do you take?
I would say probably about 50-60 hours per week. That includes weekend, because a big part of the work up that we do involves being on call. It really fluctuates probably closer to 60 hours per week. I get about 6-7 hours of sleep at night. I take a vacation about two weeks a year, and I make the point to actually take it because otherwise you can get burnt out.

Do you feel you have enough time to spend with your family? How do you balance your work and your life outside of work?
You know, I think I have enough time. At the beginning of this particular job I didn’t have enough time, but as we have grown the practice and people have joined the team—adding fellows, adding nurse practitioners, physician assistants—it has allowed me to spend more time with the family.

If you took out educational loans, is/was paying them back a strain? What financial advice do you have for those considering podiatry as a career?
I did have student loans from medical school. I think it’s very difficult nowadays not to have them, unless you come from a wealthy family. My general advice is to live below your means, try to pay for them as soon as you can. Often you think, “Oh, we’ve studied so hard, we’re doctors now, we deserve this, we deserve that.” You’re probably going to be paying them for 10+ years, and if you take 8-10 years and live below your means and try to pay them off as soon as you can, it’s going to pay in the long term really well. It took me about 14 years to pay my loans. I wanted to do it in 10, but expenses come up, and you make the adjustment.

In your position now, knowing what you do, what would you say to yourself back when you started your medical career?
I was lucky, I really had good mentors early in my career. So I would go back and do the same thing the same way; I wouldn’t change anything, but I owe that to mentors. If there’s a student out there that doesn’t have a mentor, then that’s what I would recommend: you really need a mentor to lead you so you don’t make mistakes over and over.

Where do you see the field of limb salvage in five years?
It’s been growing for the past 5-10 years. I think it’s going to keep growing, just because diabetes continue to increase. There are many other reasons why people need limb salvage, but diabetes is the number one reason. I think it’s the niche for podiatry. If you always want to have a job and be rewarded for what you do, professionally and personally, I think limb salvage is the way to go. Nobody else wants to do it, and we’re good at it, so it’s a win-win situation.

What’s your advice for students considering a career as a podiatrist?
First, find a podiatrist so you can spend time with them. If you have the opportunity to visit a school, I would go and visit a school. Not when you’re applying, but when you’re thinking about the profession, visit the school, meet with the director of admissions, try to get as much information as you can. You can go to APMA.org and that will give a lot of information about it. I would tell the student to go into podiatry because you really want to do it, not because someone says you’ll make a lot of money or whatever. You need to do it because you’re okay taking care of people’s feet.

What advice do you have for students pursuing a career in research and/or academic medicine?
That’s tricky, especially as a podiatrist. To do academic medicine in podiatry there’s probably three options: teaching a podiatry school, getting involved with residency training, or [working at] a medical school as a podiatrist, like what I do. It depends which way you want to go. The student that wants to go into academic medicine needs to understand some things. One of them is that academic medicine means way more than just teaching hands on or just clinical OR. It means you have a lot of paperwork, it means a lot of waiting for students, for residents. It requires a lot of patience because you’re really teaching adults a skill that they’ve never had.

You’re always going to sacrifice something. If you teach at a podiatry school, for example, your pay might not be the greatest, but it might be really rewarding if you like to teach. If you get involved in a podiatric residency program, then it’s very rewarding because you’re doing a lot of hands on, but it involves a lot of administrative aspects. And if you’re not an administrator, then you’re not to be a residency director! You’re going to be administrating people getting sick, getting time off, teaching them about organizational skills, and these are things you don’t learn in school. If you go to a medical school, that’s probably a good combination, but there’s not a lot of jobs out there like that. So you kind of have to do a lot of searching and researching, but with a lot of work you can accomplish that.